It was not easy to leave Thailand, one could easily spend 3 months traveling (or 1 month just eating) across the country. However, this was not what got us there, but CHIC, so we started to prepare mentally for the next, very different journey, and boarded the plane to Hong Kong. 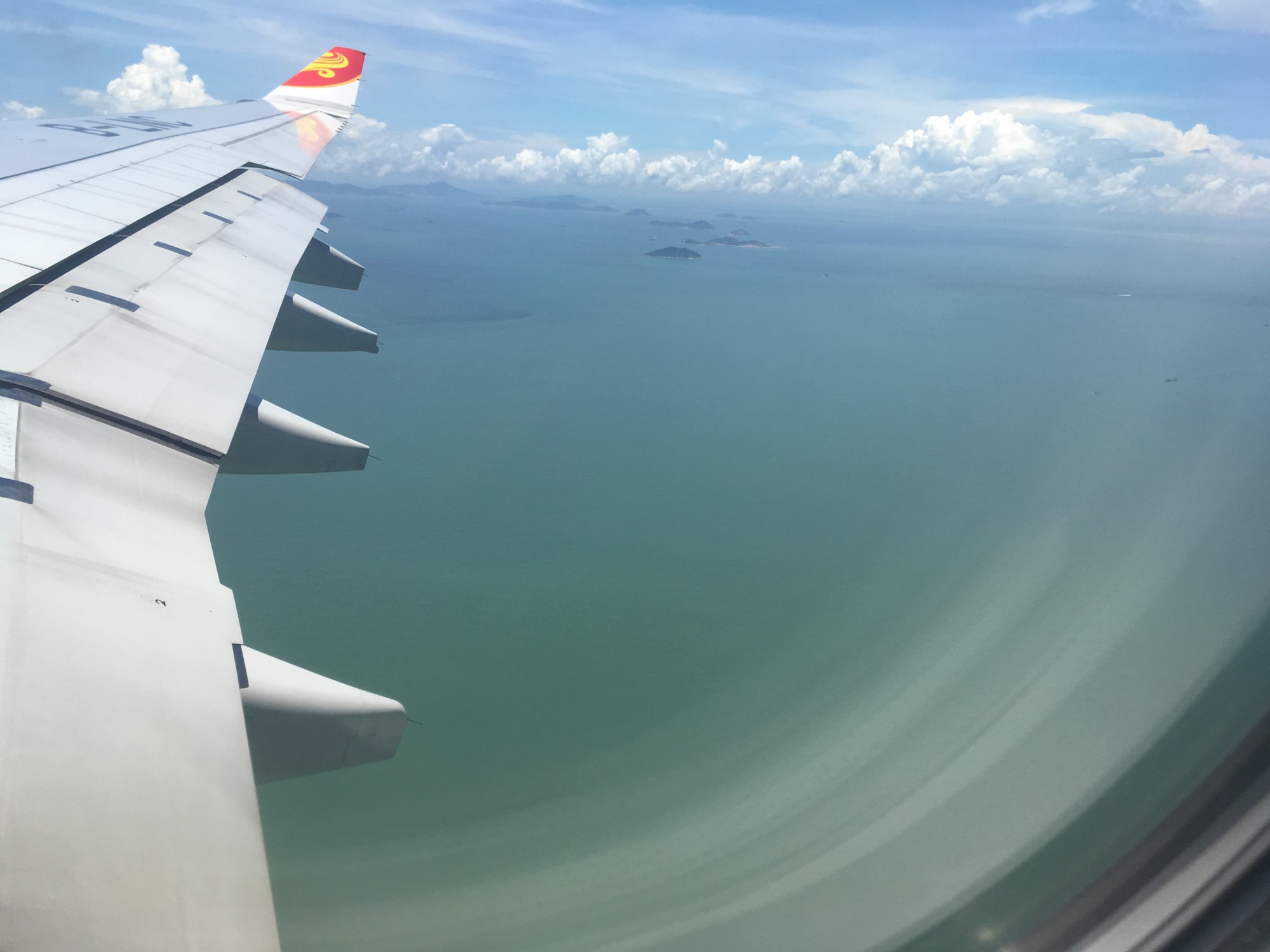 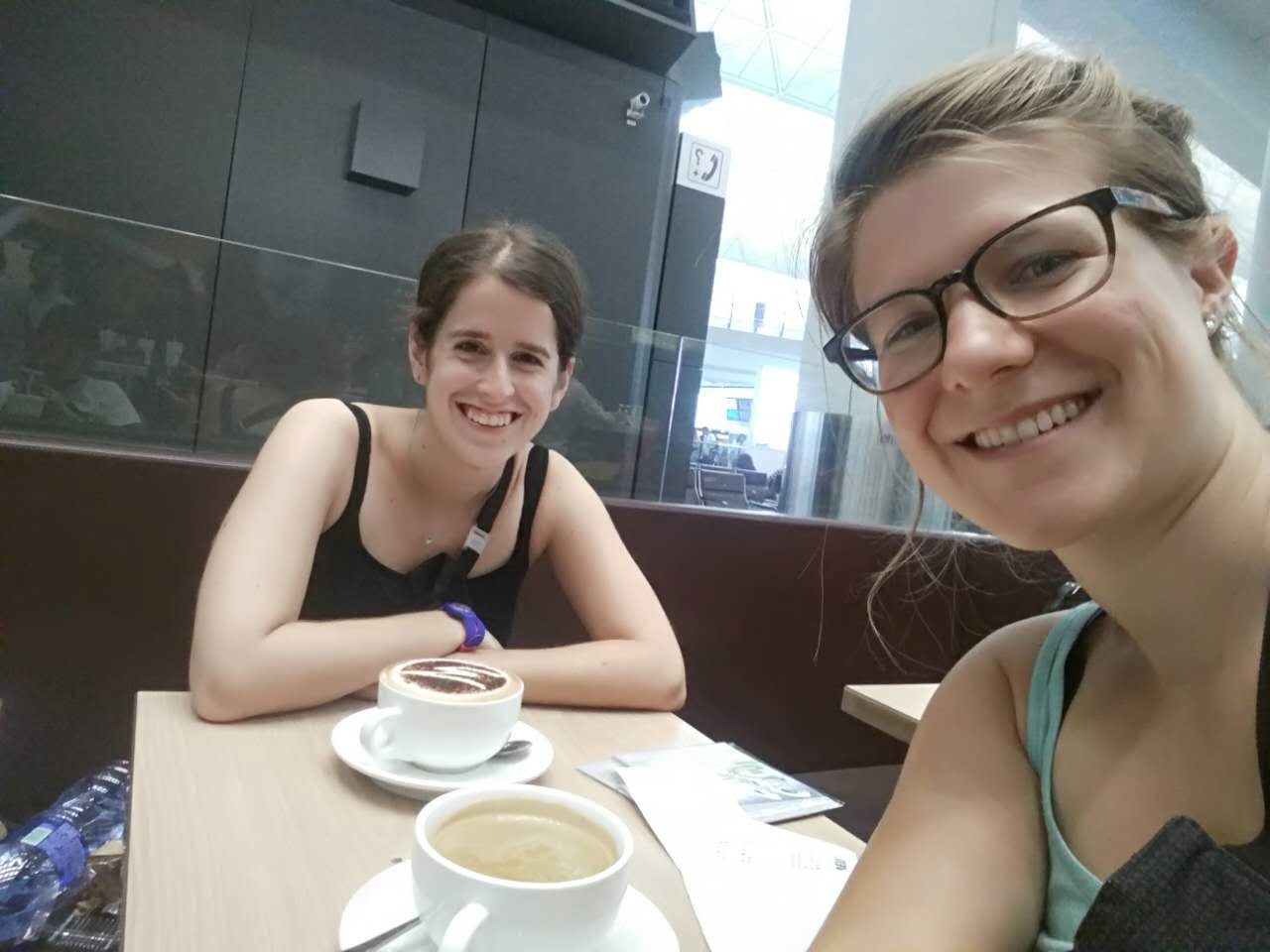 On arrival, we managed to get a SIM-card at 7/11, which seems to have an almost monopoly as a convenience store here and in Thailand. It works on both sides of the border. This was no small feat, and it’s not cheap, but buying one in Shenzhen with only Chinese instructions did not seem like a good idea. 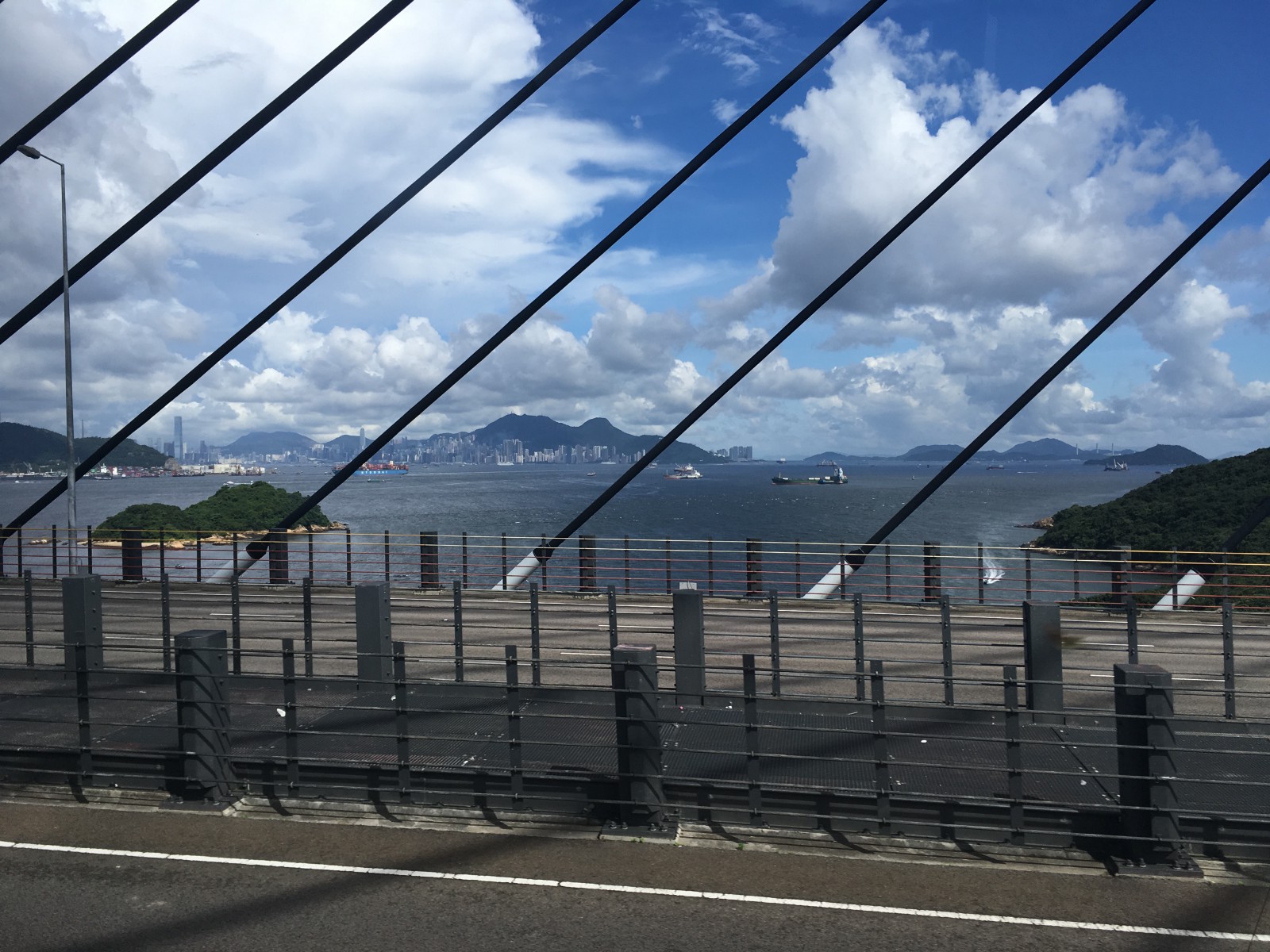 Then we took a double decker to our hostel, which also qualified as sightseeing (since then, I have also spotted a two-storey tram). We still had a couple of days before the other students arrived, so we got a head start in getting to know the city. The contrasts here are just as strong as in Bangkok between building heights and costs, but the proportions are different. There are more prosperous areas, buildings, but the little dark alleys look the same between two skyscrapers.

Although the shadows between skyscrapers are not really like in Thailand. No street food stalls, no happy chatter, the alleys are empty or anxious. 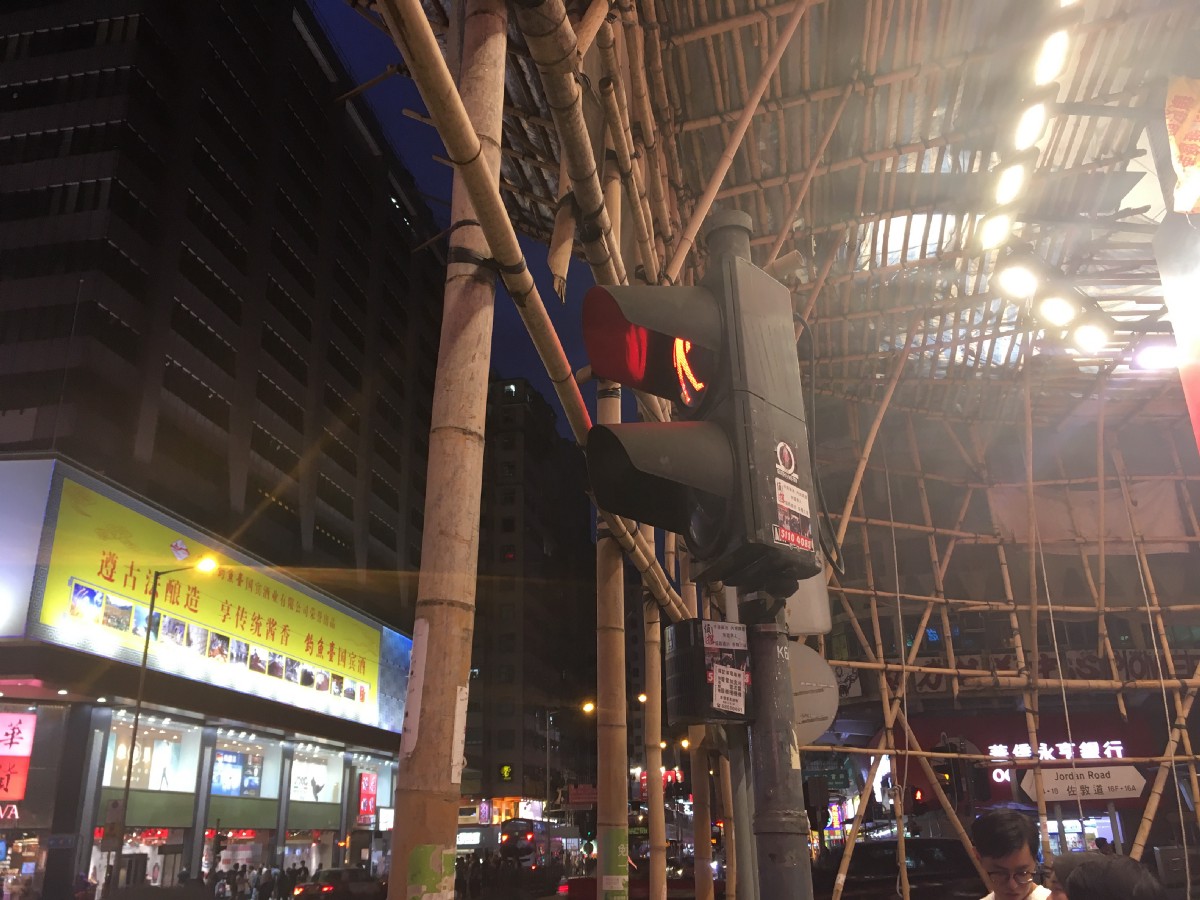 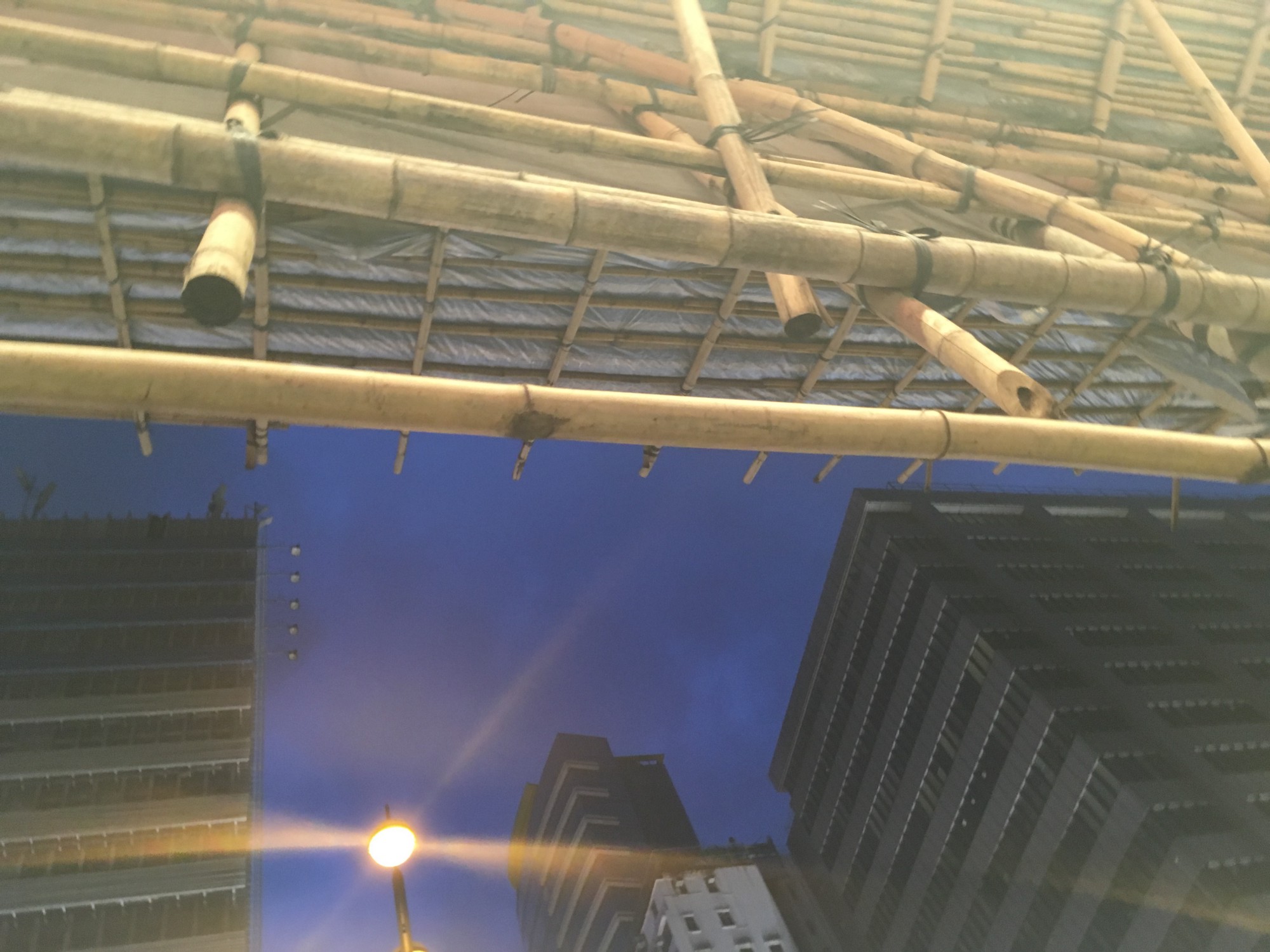 It’s an incredibly rich city, with the tiniest spaces possible. Most shops are somewhere on the upper floors as they can’t afford the ground floor. How do people know it’s there?… Google knows though, the map includes the floor too. And malls, malls and markets everywhere. In rainy season many people probably buy totally unnecessary things just because they can’t leave the building (not us, of course). Almost every metro station has a shopping center over it with multiple floors. And there are the others. Some are spacious, with familiar brands reaching from Armani to H&M, and some are like markets, except for the walls. Since most people cannot show their status here with real estate (too expensive) or a car (no parking place), Swiss watches are very popular, luxury and more reasonable brands open their shops everywhere.

Our hostel was also hidden on the 13th floor of a building, one elevator served the even numbers and another one the odd numbers. And this was just the start of the elevator-experiments we were about to see.

Here we can always practice deep focus and how to filter out noise: there are huge and smaller screens, 3 different music channels and languages anywhere we go. And so many people on such a little area that bumping into people is inevitable. They also apologize though, and queuing is practiced, which probably won’t be the case on the mainland. 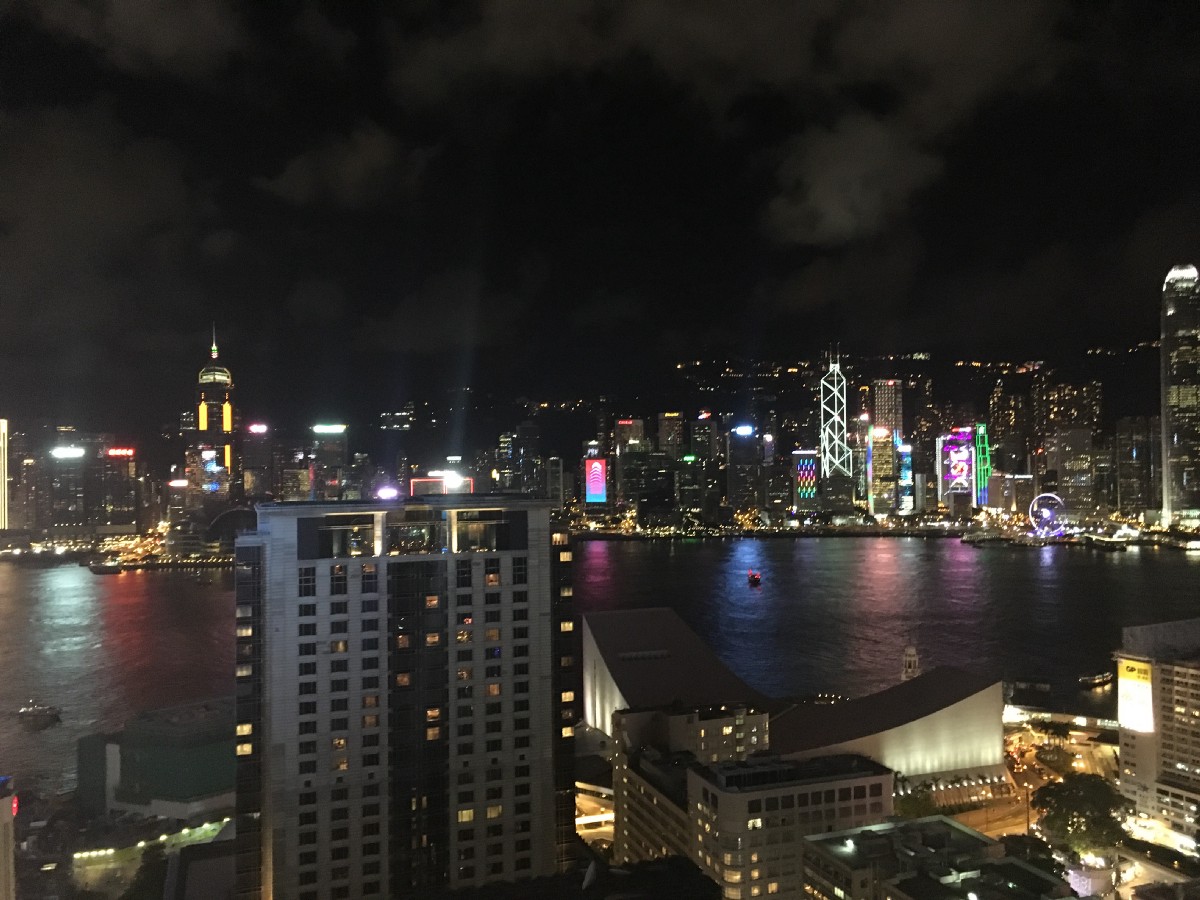 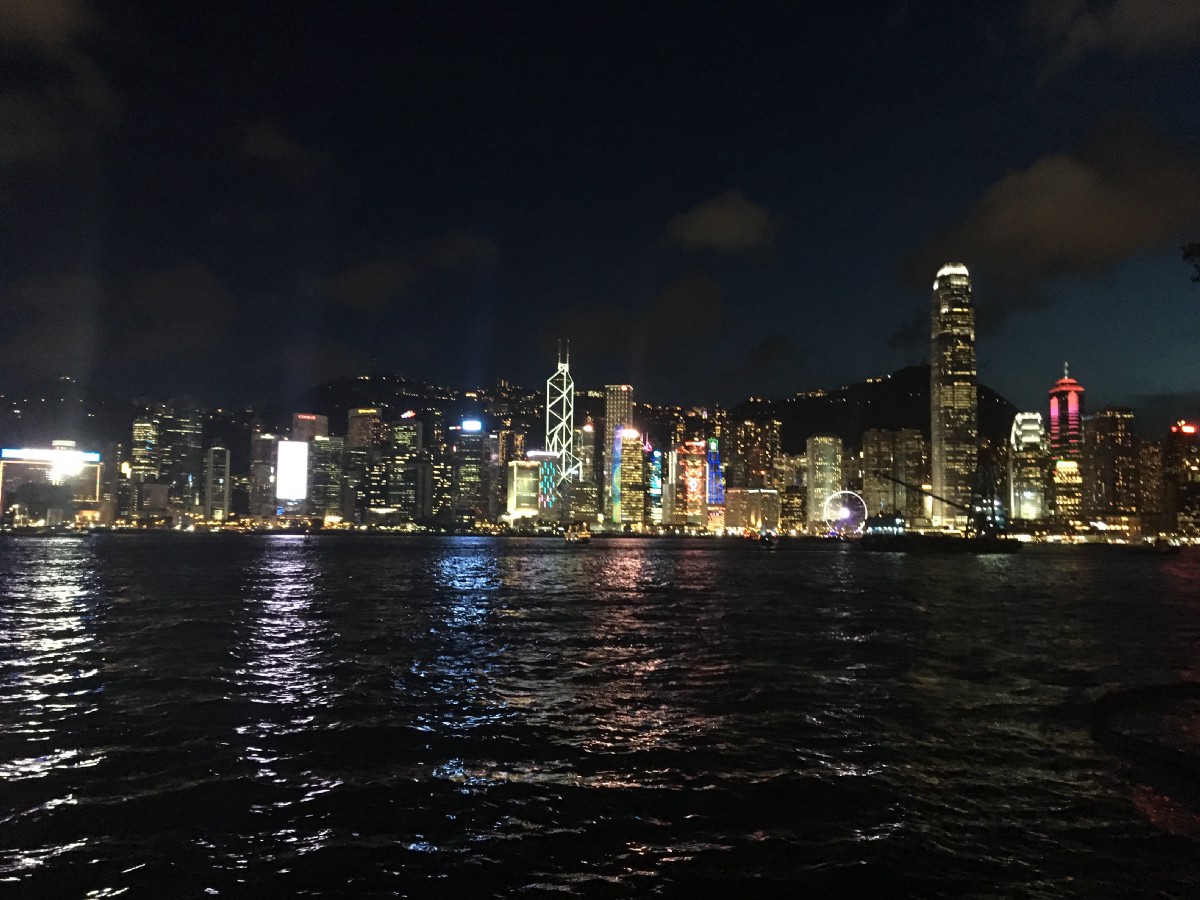 The skyline of the city during the night is truly incredible, we got a view from the shore and also from a skybar (where the dress code for us was negotiable upon entry, as we were two white girls). 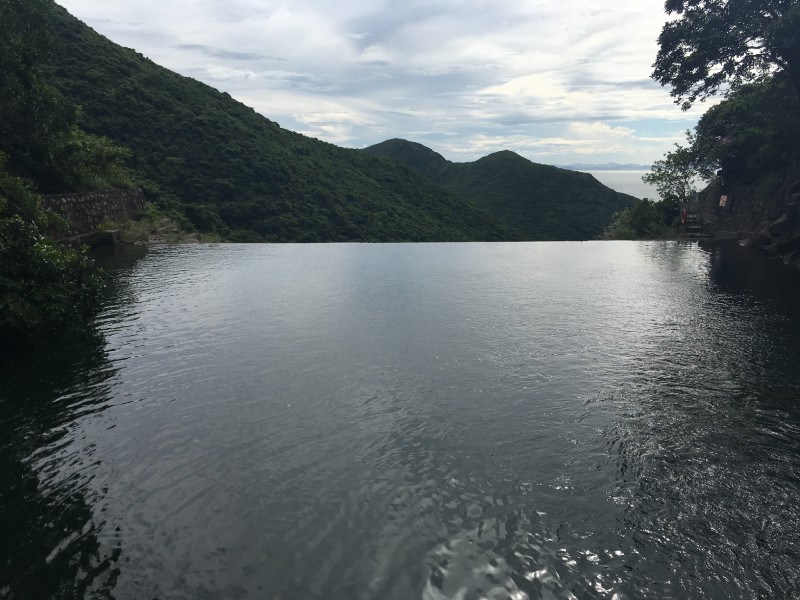 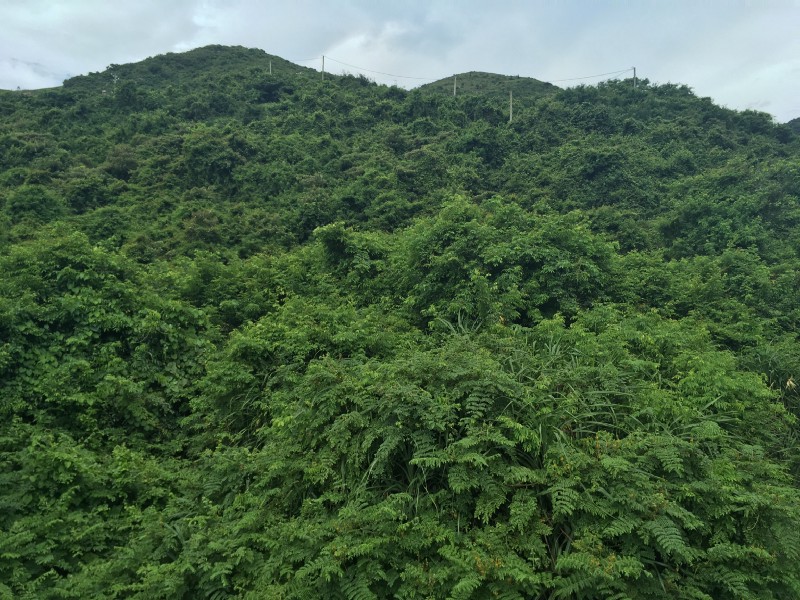 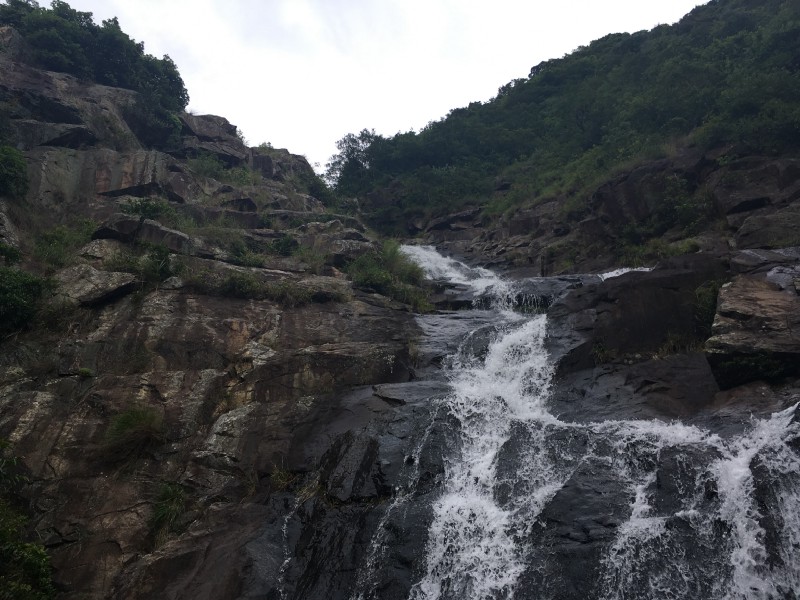 And to escape in advance from all the buzz and stress of the city, we also took a hike with the couchsurfer’s local group. They were expats from Hong Kong and Shenzhen as well as travelers.

I was looking forward to take a bath in the waterfall, which can be penalized with 2 years as we found out upon arrival. There were 2 guards sitting there with a tiny radio, listening to music. What I was not expecting though were the enormous spiders, luckily they also did not want to make my acquaintance. I also never hiked in such weather (at least it was not raining), but the view was worth it. 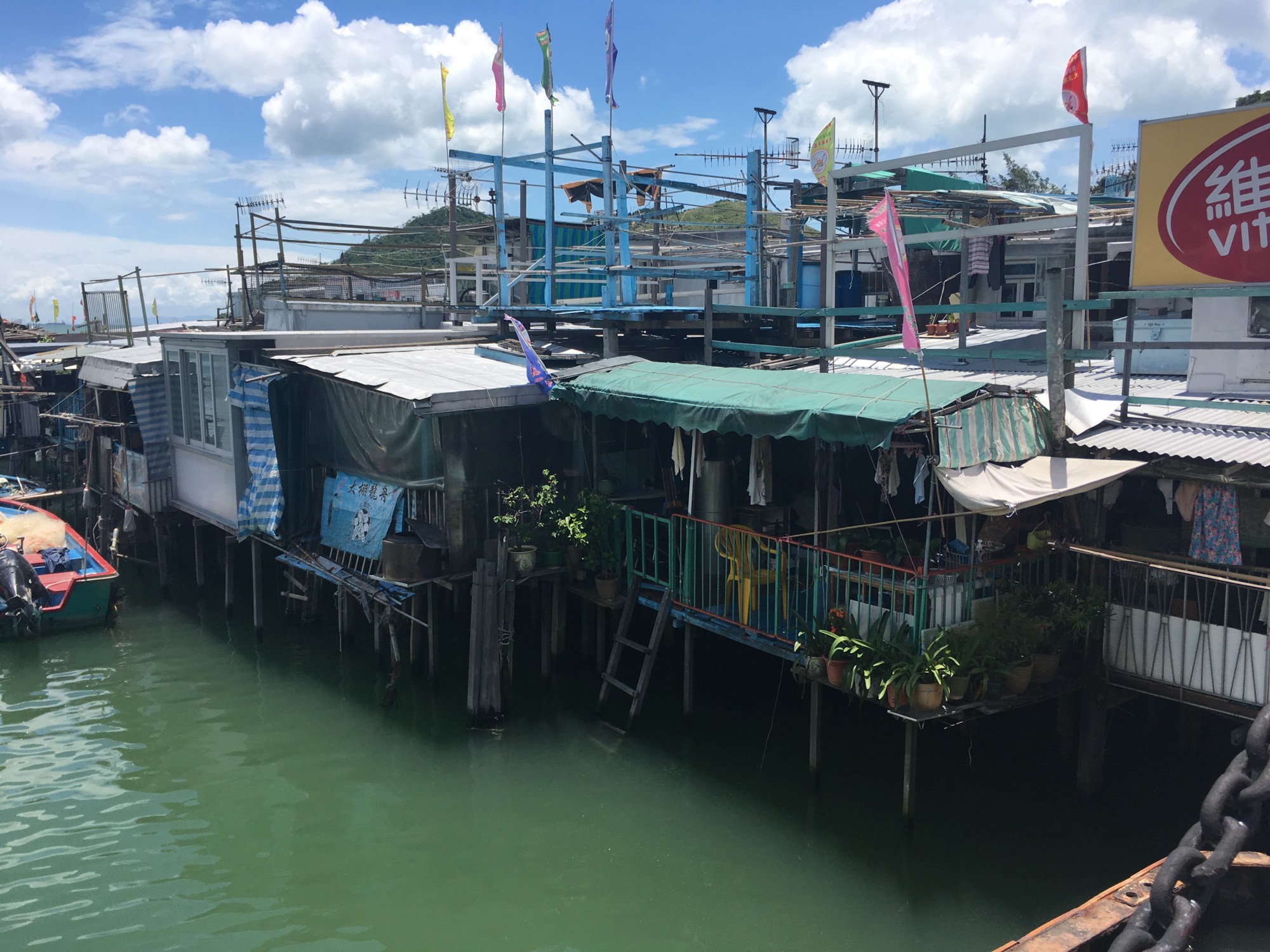 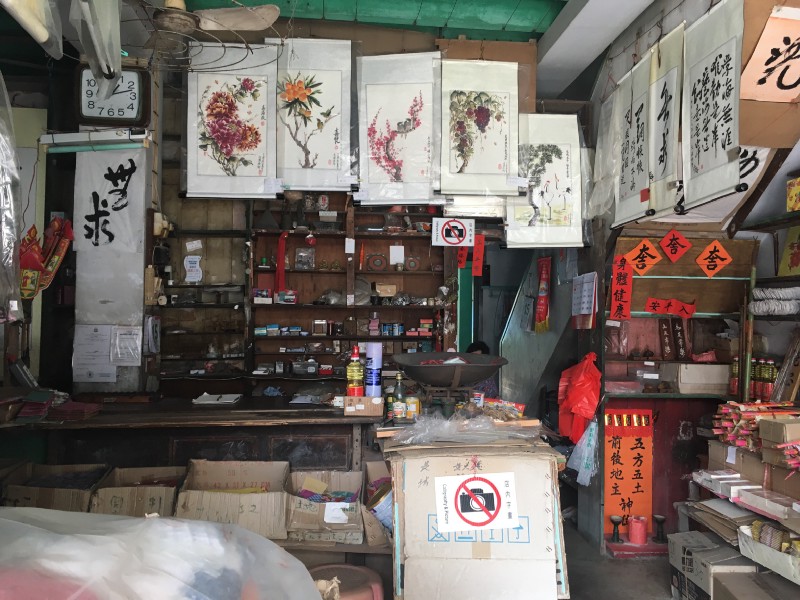 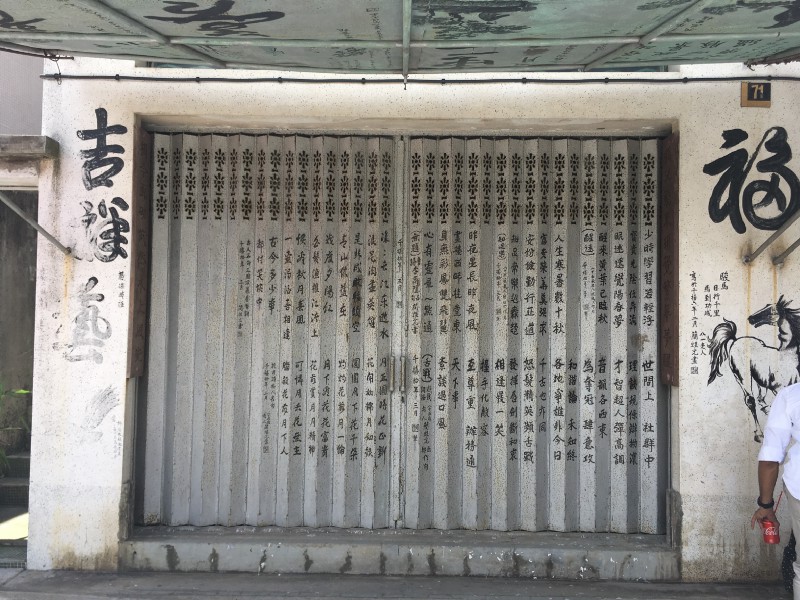 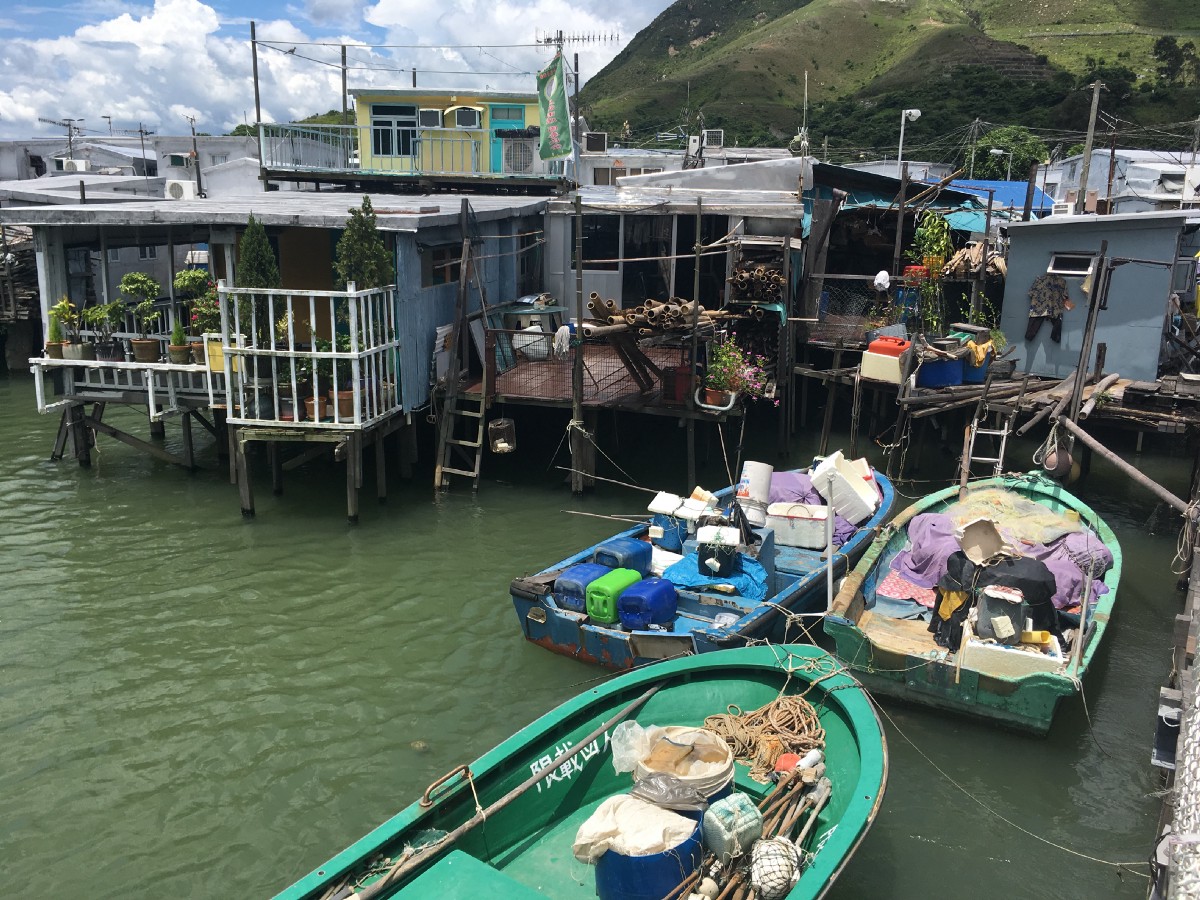 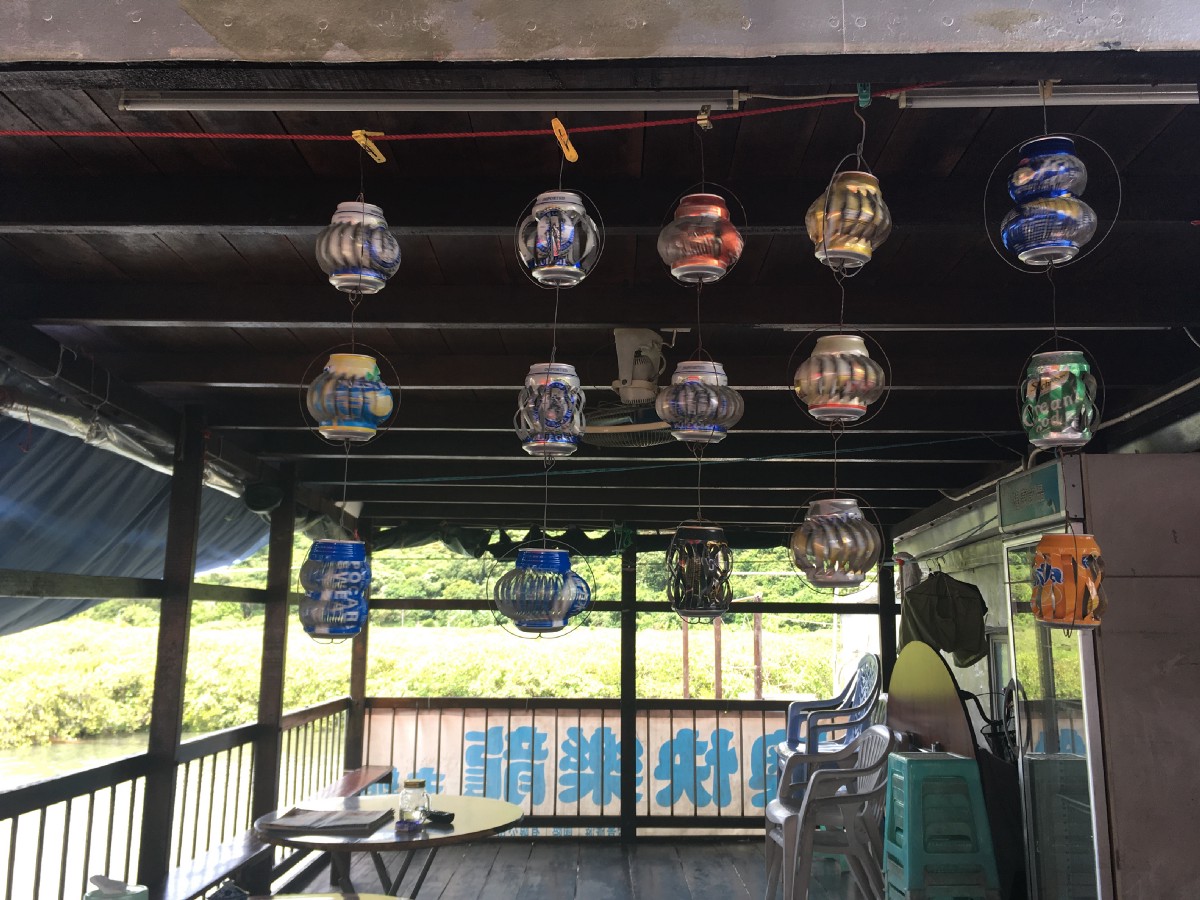 The waterfall provides the drinking water to Tai O, a fishing village. Tourists are tolerated, but we were not welcome to join their festival in the late afternoon. The restaurant we ended up at (and all the others (and the markets)) provide the opportunity to be assertive, otherwise no waiter would come by, or the bag/charger/powerbank would be overpriced. Just like Ecseri (the Hungarian flea market). Except there is the language barrier, but that can be bridged with a calculator’s display and body language.

Of course, we did other things besides spending money (which is not that tempting in such an expensive city anyway), for example we visited Makerbay. Twice, actually. That deserves its own post.

And then we moved in to the campus to HKUST, Hong Kong University of Science and Technology, a top institution in its field (but not in lodging). We had to take 3 elevators just to get breakfast! 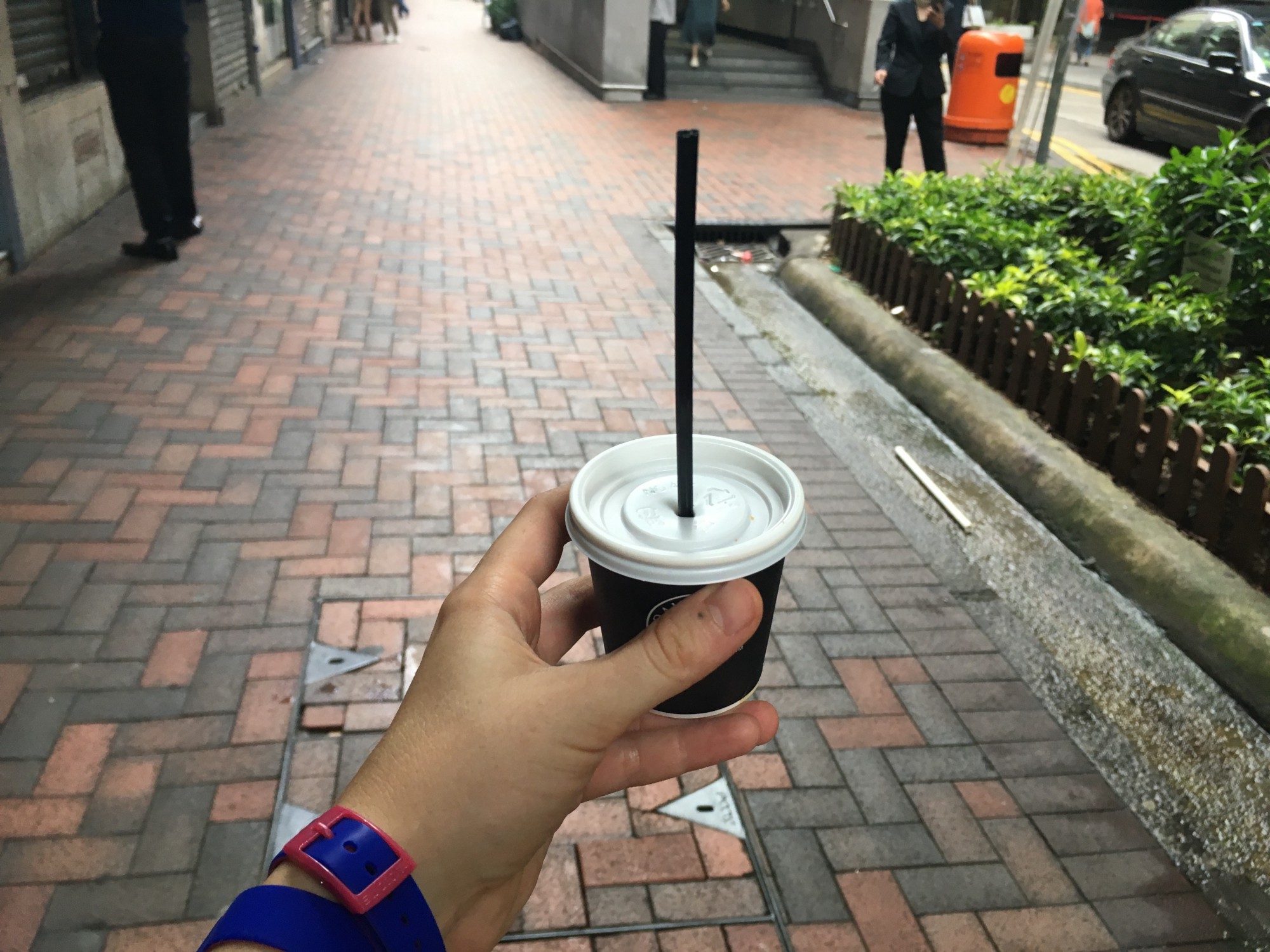 This post will end with a tiny invention that I really appreciate here, but would never admit in Italy (and team Ticino really scoffed at): espresso with a straw! It’s so nice not to spill it on me while walking in the crowd. It’s not stylish, yes. But here most things aren’t anyway, at least to our European eyes. Like this other coffee with sweet potato. 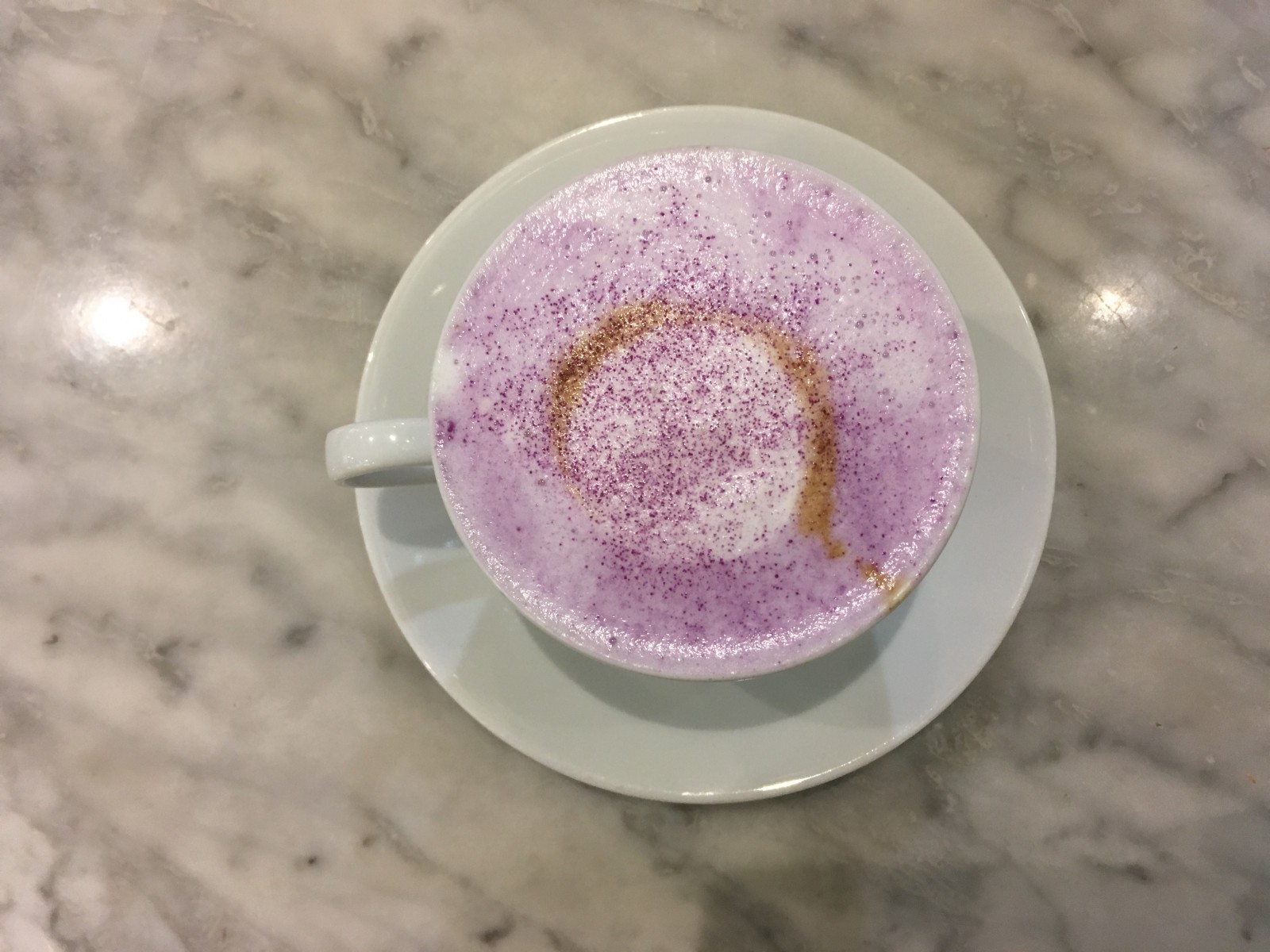