This modular structure can provide an alternative to storytelling with picture-books. Images as cards are placed in the frame to form a sequence, a storyline. These illustrations can be readymade (e.g. Snow White in 20 pictures) and completed with live narration – or anyone can insert their own stories. Papercut (or woodcut, like the frame) illustrations can be even projected on the wall with a flashlight. It can be a tool to create and tell stories alone or in small groups. The structure can be assembled according to the number of illustrations. 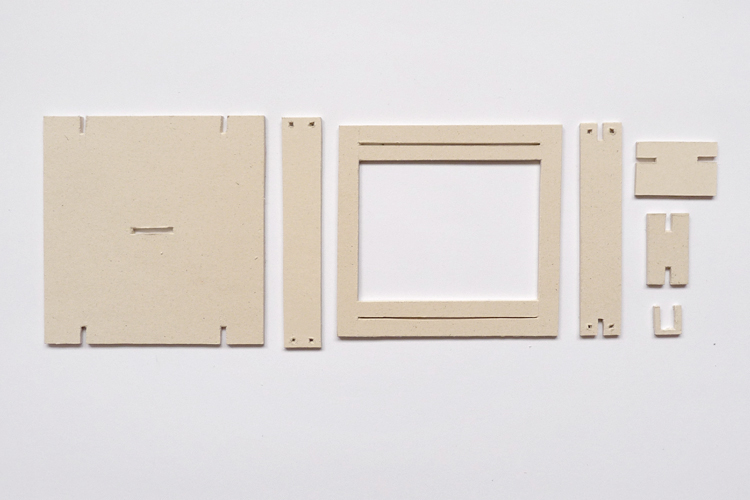 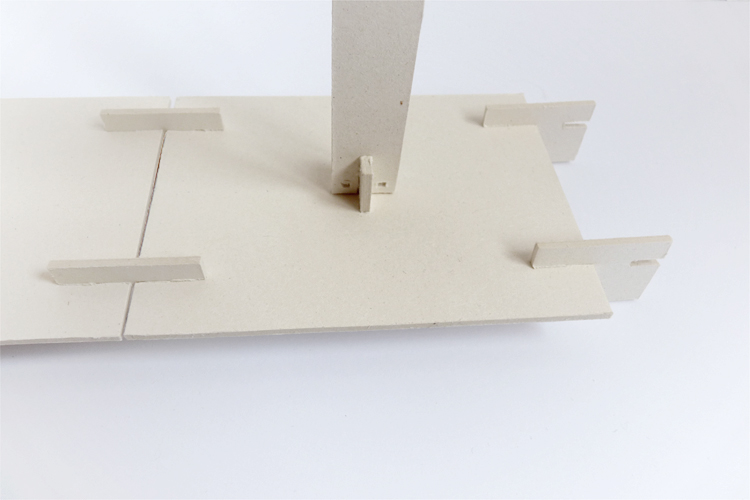 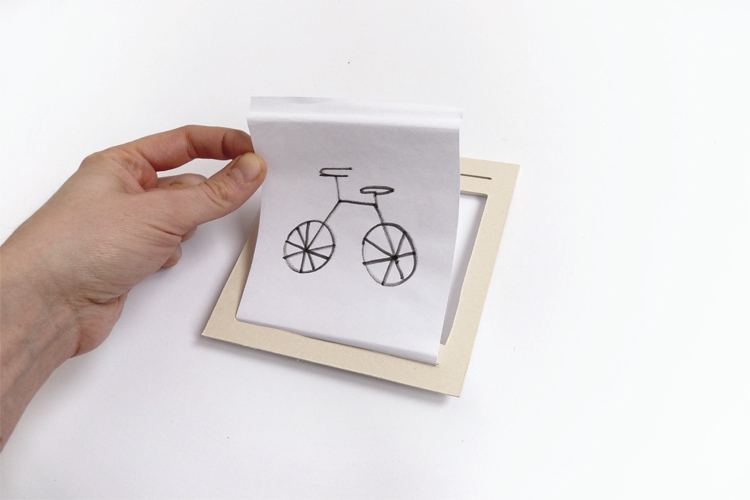 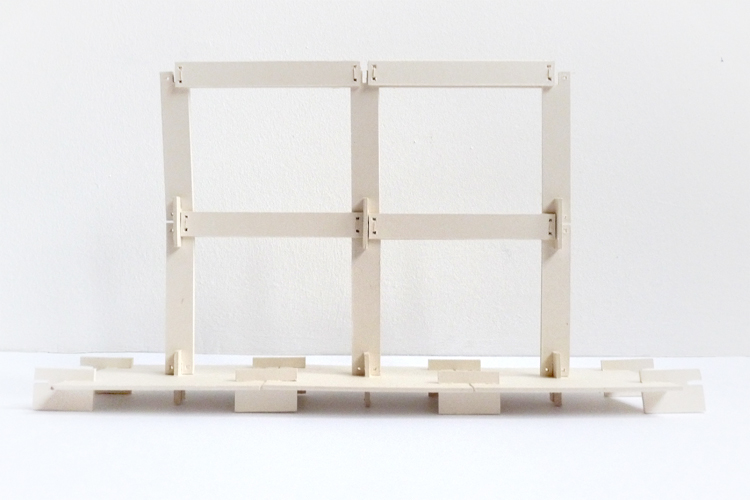 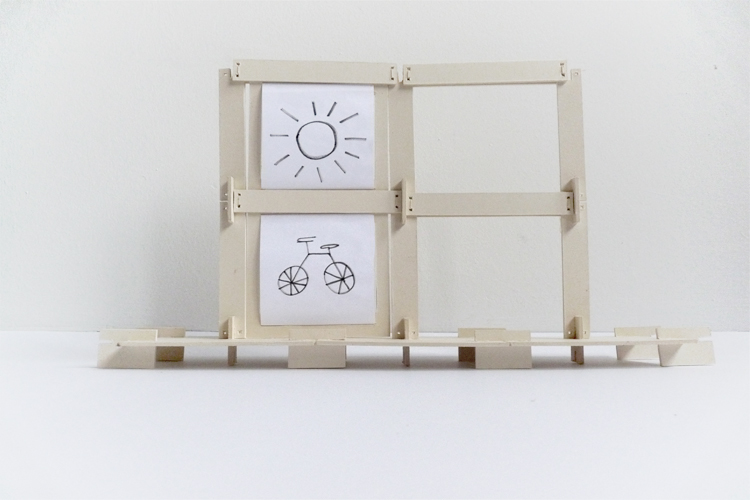 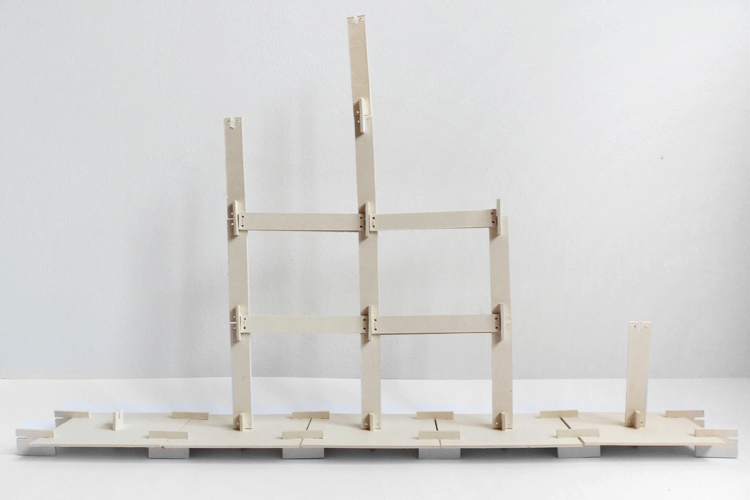 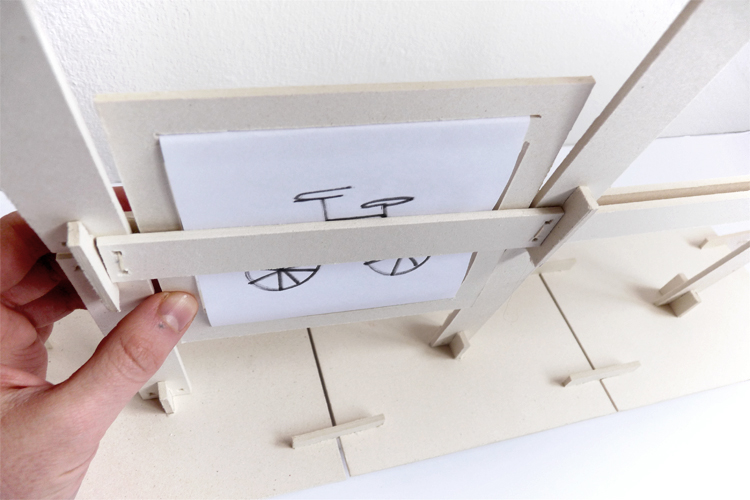 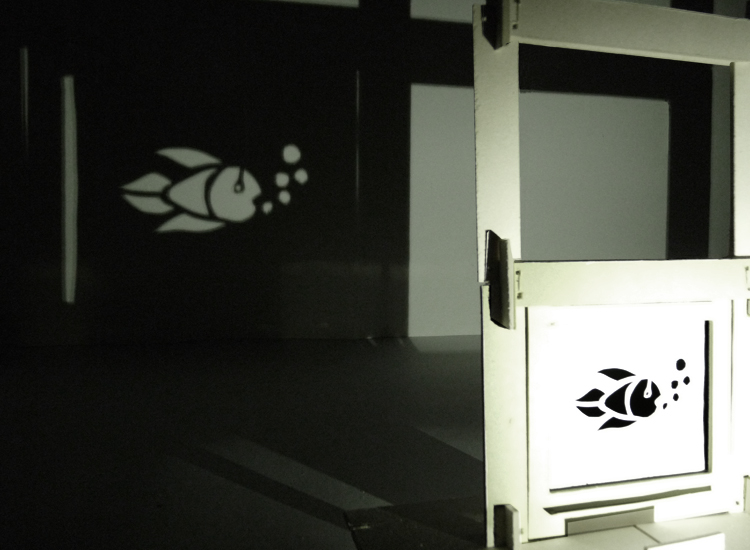 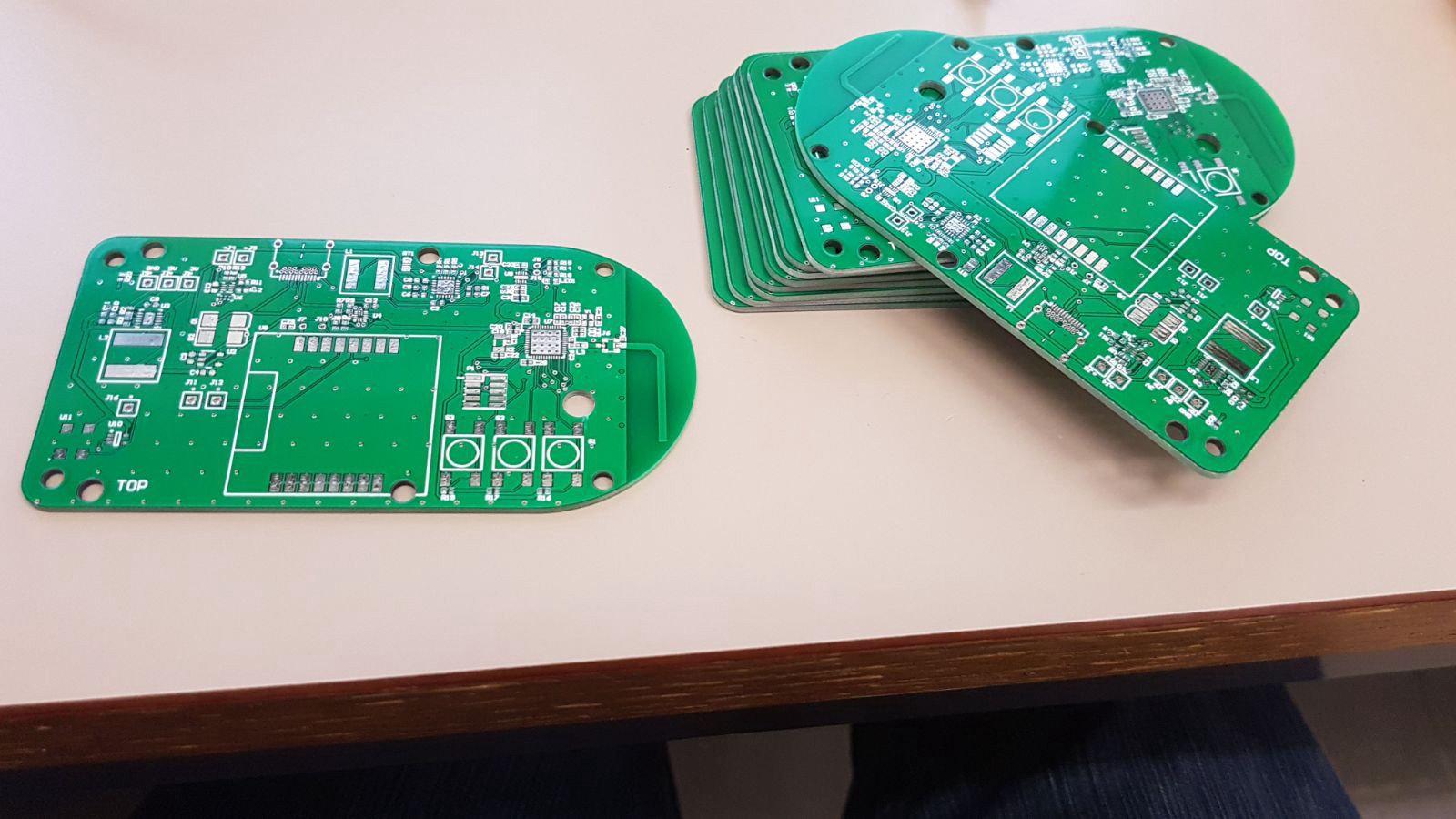 The PCB's from Genève

When we started the work in Shenzhen, we made a quick planning about where we wanted and could get with ShuQi. And even though life happened, we advanced well enough. Our dedicated workplace was x.factory, sometimes Seeed Studio (mostly for the engineers), and we also used the hotel room, which seemed as huge as a ballroom after experiencing the matchbox-like spaces of Hong Kong. 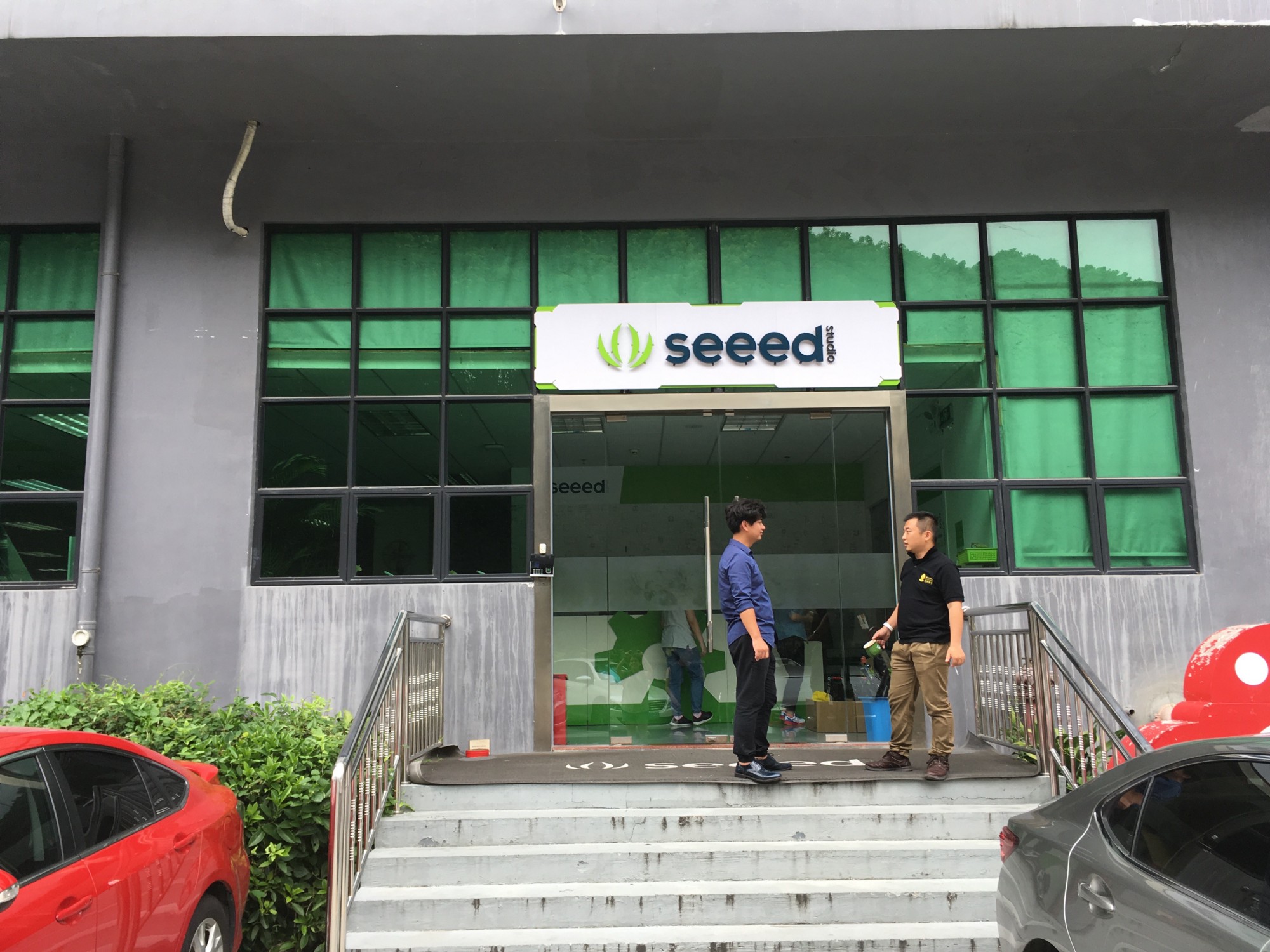 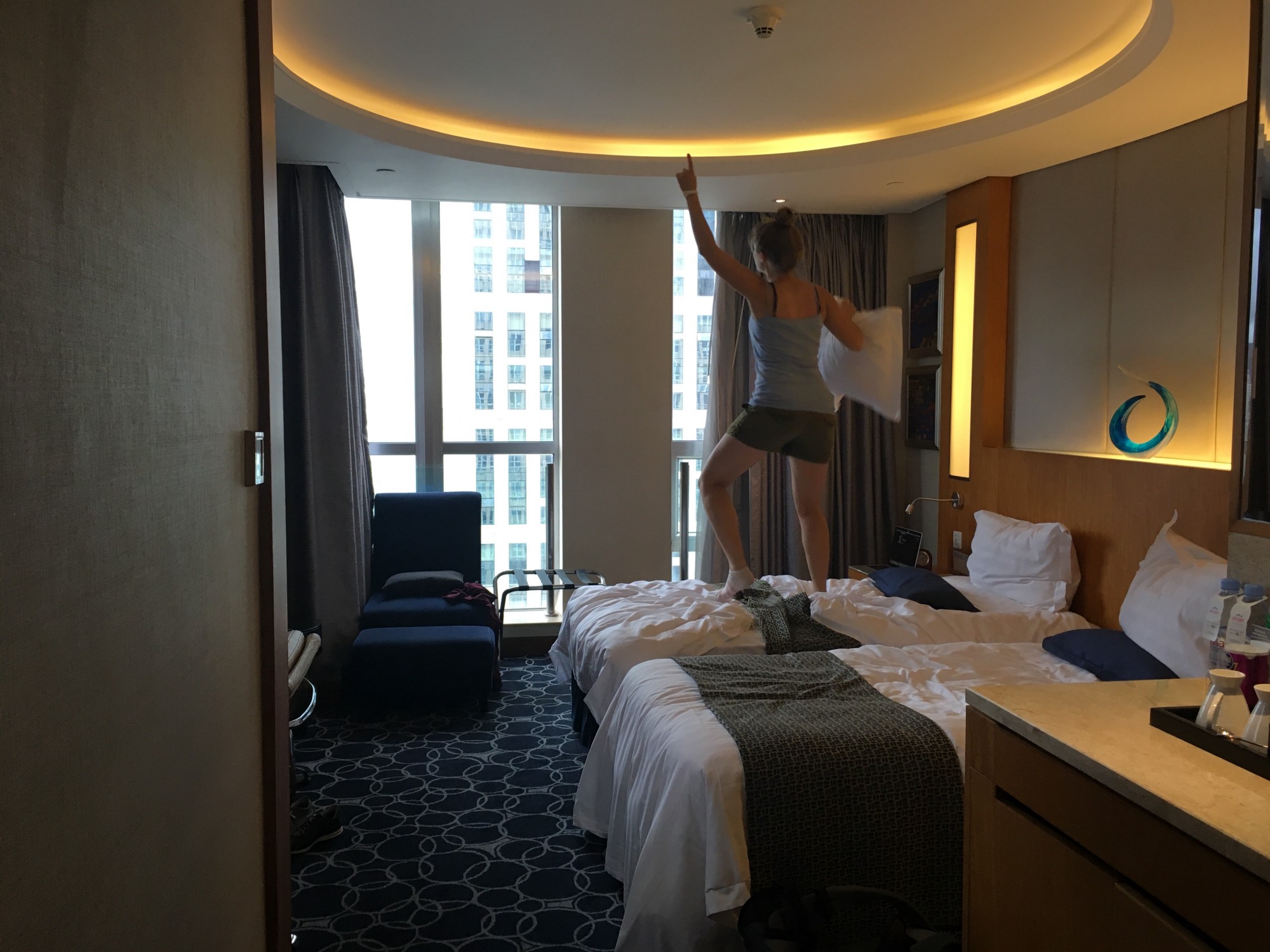 Our product is a lovely bird, ShuQi, that helps forgetful individuals to stay on top by making sure they have everything they need for that day. ShuQi can check when called whether all the necessary objects, marked with an RFID-sticker, are in the bag, and can tell what is still missing from the list. The UI is a smartphone application communicating with the device via Bluetooth. You can see more at this link. 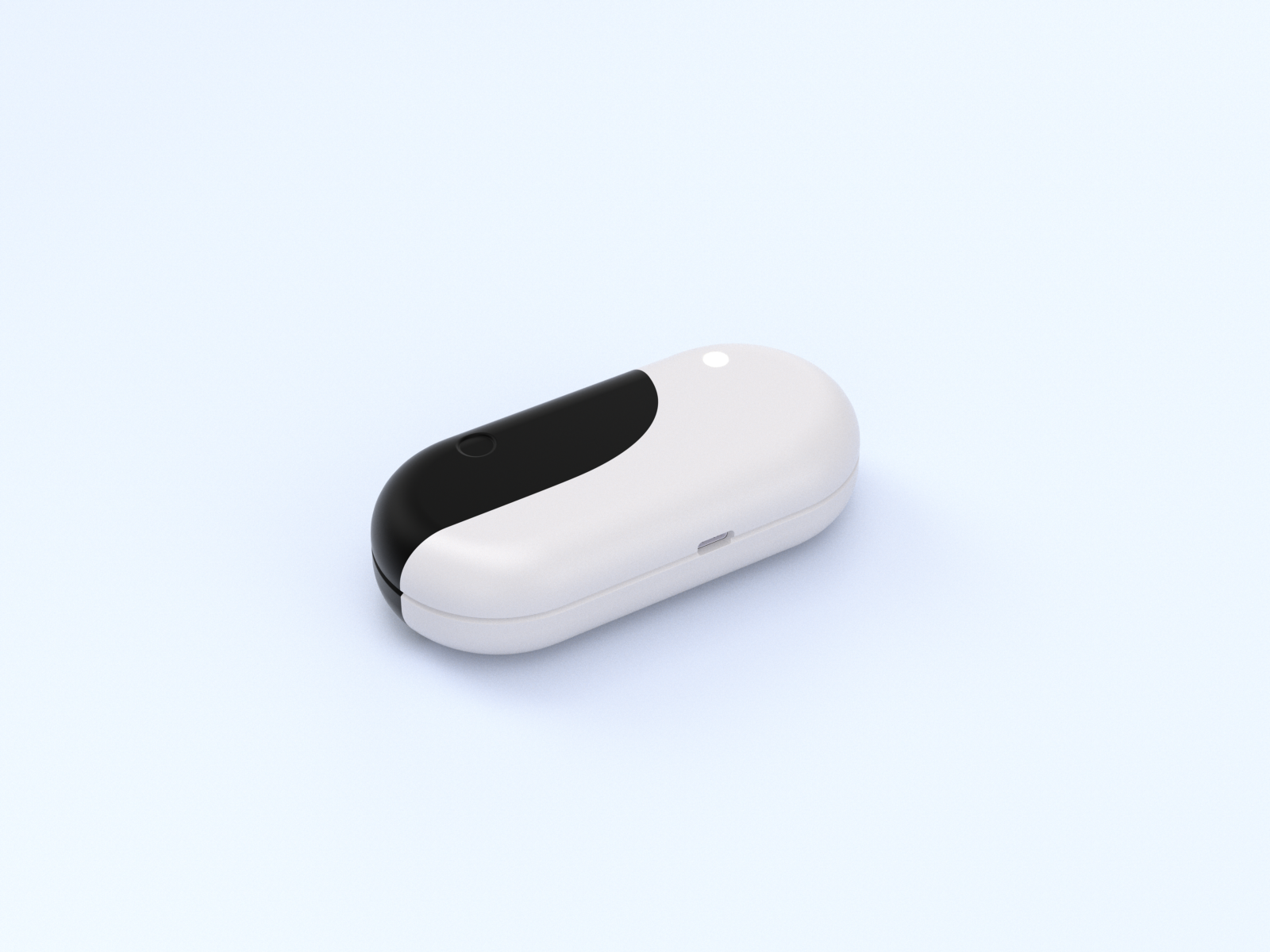 Loïc’s first task was to finish and print another 3D model, testing different materials and coatings. After finishing the files, he rushed to help the engineers because there was much to do. The engineers have ordered a new version of our PCB from Seeed Studio, which was there upon our arrival, but was missing some holes and components, so they had to start over. However, the pick and place machine was only for orders of at least 50 pieces (although they only disclosed this information to the head organiser, Marc Laperrouza, our team was left to believe there is no machine and no solution.) Placing the 94 components on the 40x90 mm PCBs by hand is not something our team was expecting or prepared to do. 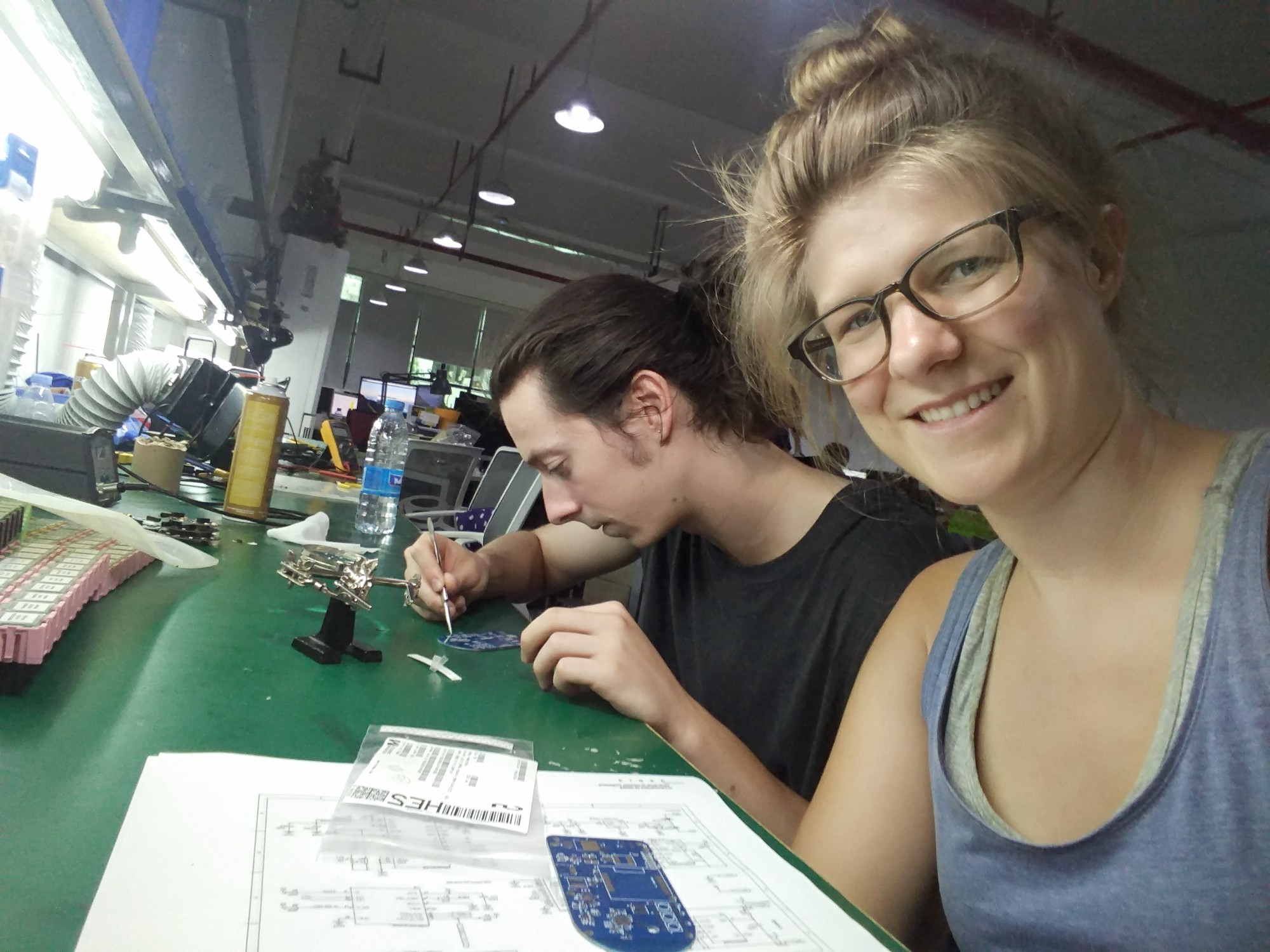 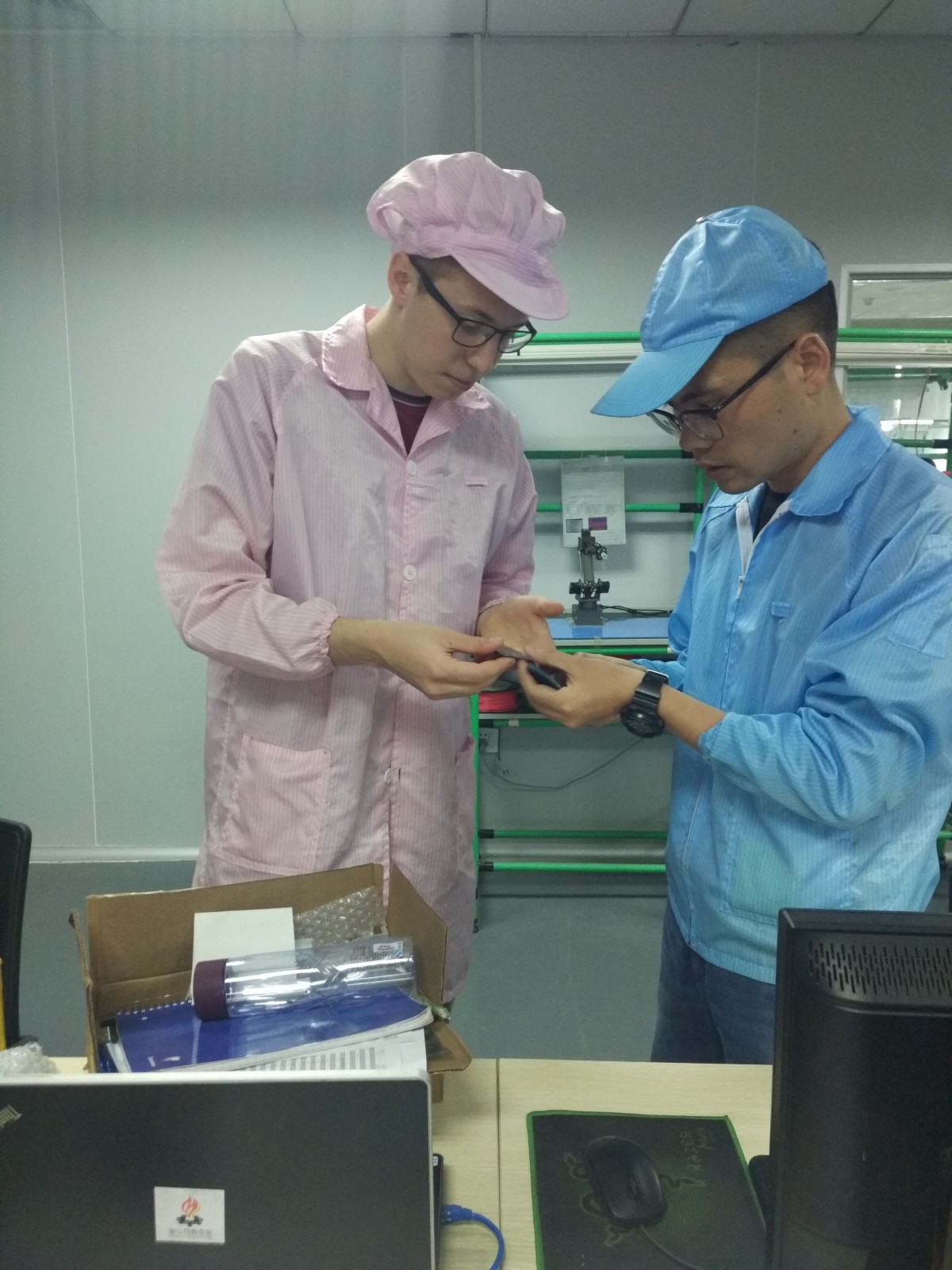 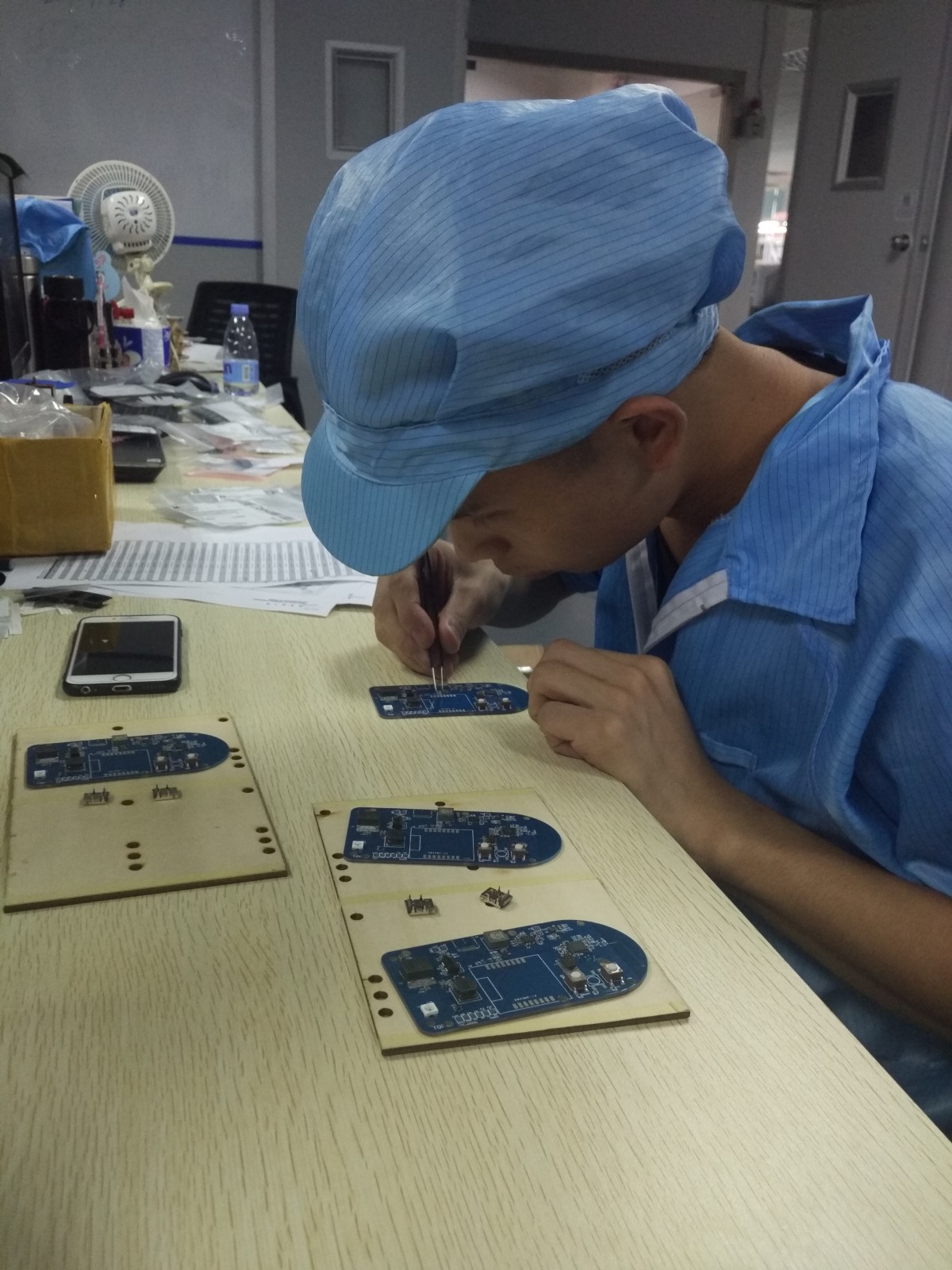 You can read a non-engineer-friendly and more detailed account of this incident from Tabea here. In the end, a Chinese worker with an impossibly steady hand saved the day.

This issue, and some other unfamiliar/not working equipment was our biggest challenge during the trip, causing a headache in addition to the one in some stomachs. (About half of the whole group came down with food- or AC-related issues at some point, justifying our stay at an expensive hotel.) And then it was a great Sunday gift to pick up the (only partially mixed up) final prints. The alert came on WeChat of course. 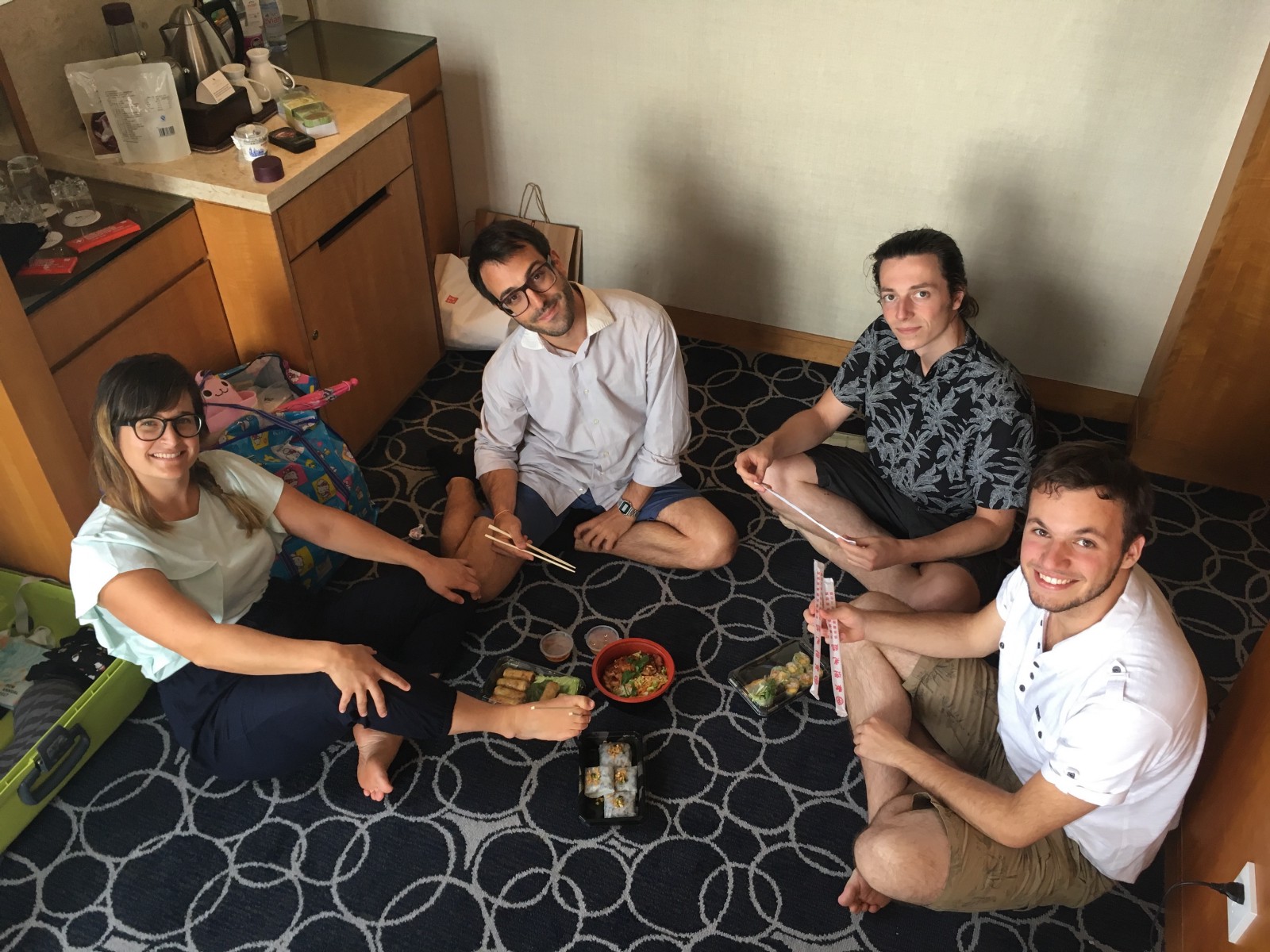 As for the interaction design, we (Camille Scherrer & me) deleted a not-so-important function and also pushed the app’s visual language in a clearer direction, which I will finish back in Geneva. I was sorry that no capacity was left to connect the UI to, well, anything, as our team had no software engineer. Somehow CHIC was not very popular among students of HEPIA. Maybe our new poster will help for next year! 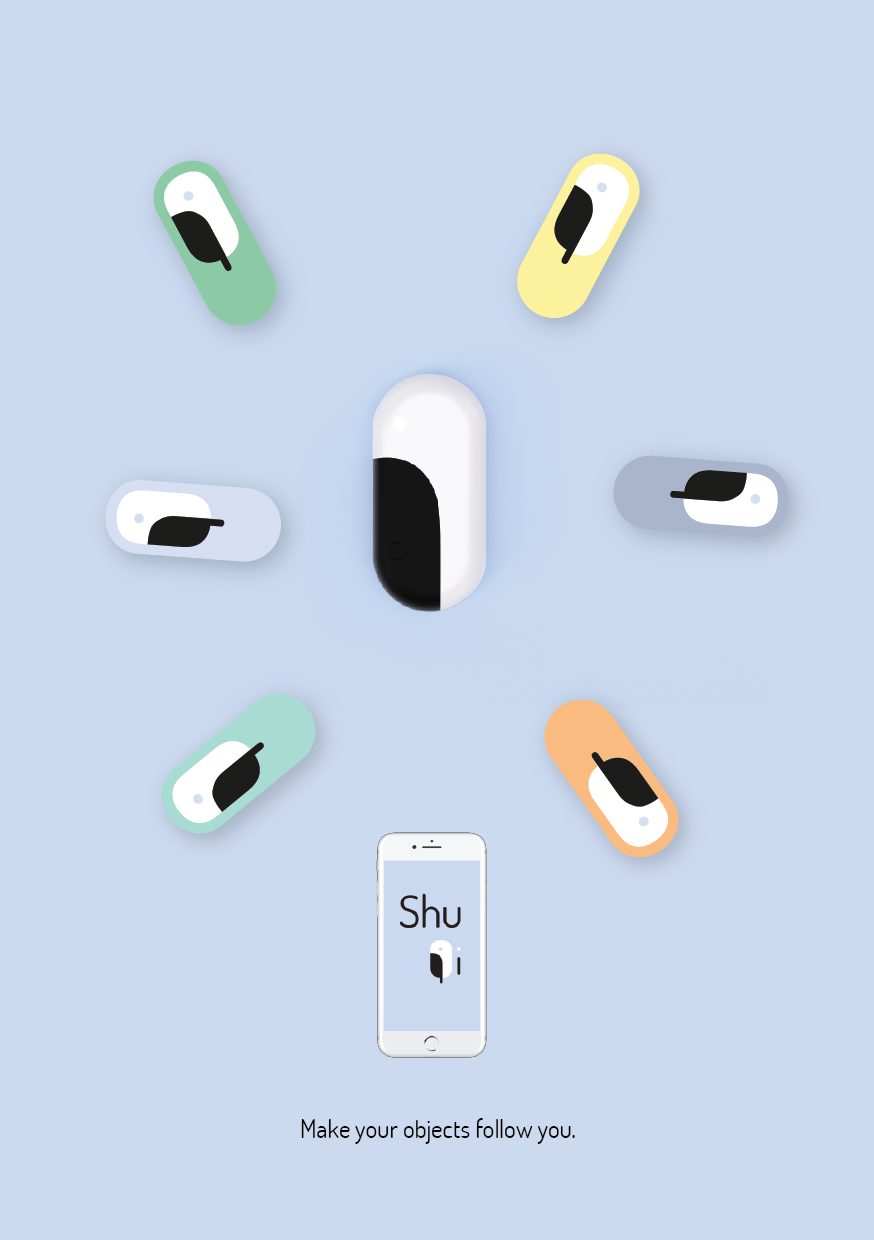 During the trip, our presentation deck also had a makeover. The storyline for the strong brand got clearer and we could insert the new renderings of the object. The technical drawings also got a visual upgrade so the audience can now actually decipher it. 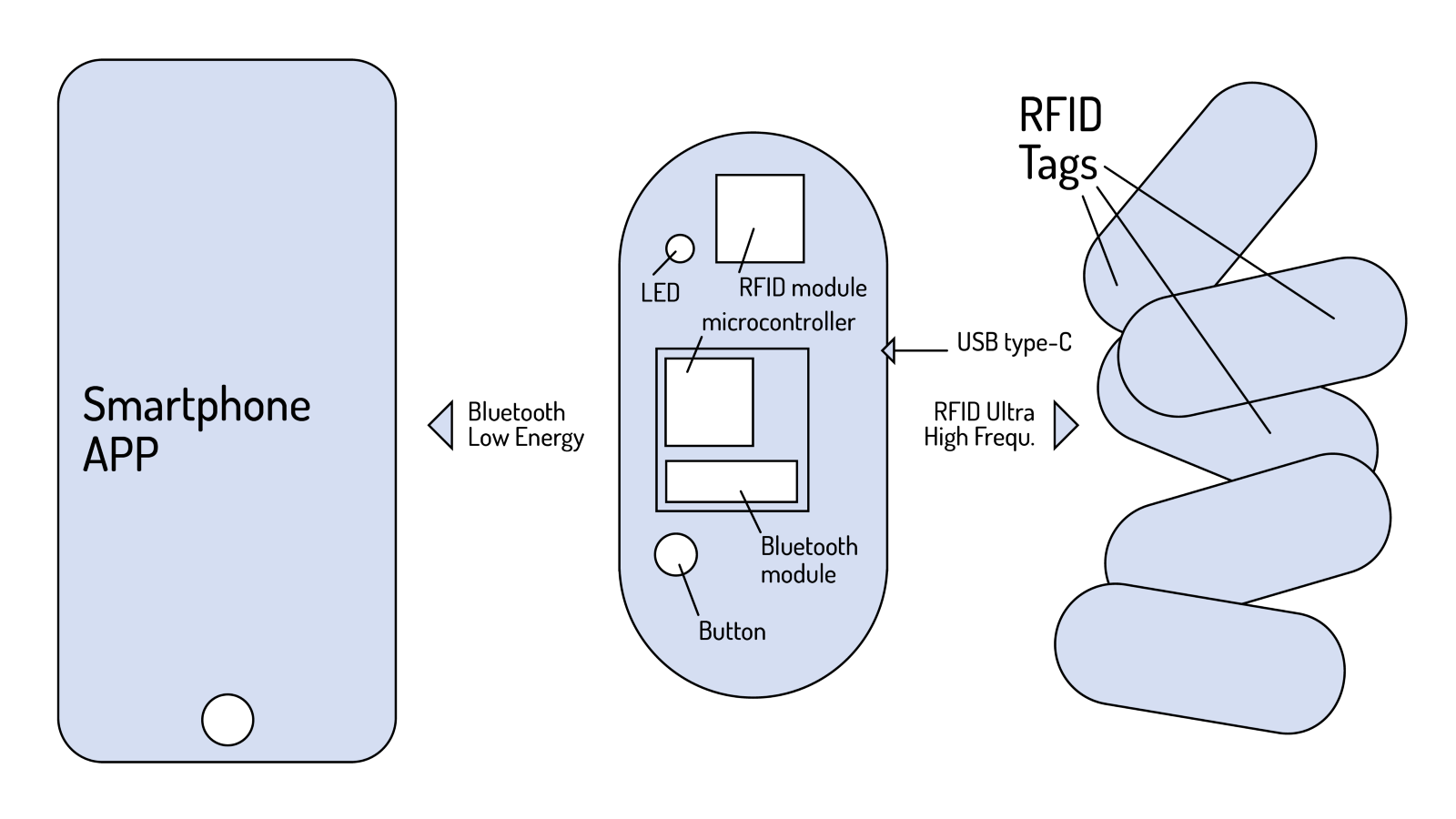 Part of the work was trying out different presenting situations, some turned out even more adventurous than intended by our organisers. Once we found out when stepping on stage that it’s just 2 minutes and no slides, which was sad as it would have been the first time to test the new slides. Apparently, the already set up projector was just for the event organiser’s self-marketing.

Everyone in the team had to be on stage at least once, which we completed the first time. However, 5 people and visuals were too much, so for the rest, only 3 of us took the microphone. Tabea was always there, because she is a natural and the business person, Axel enjoyed presenting and I did it because I am still scared of presenting. I can also totally blank out and not remember anything that I wanted to say, which got better as our pitch got more and more familiar also to us. 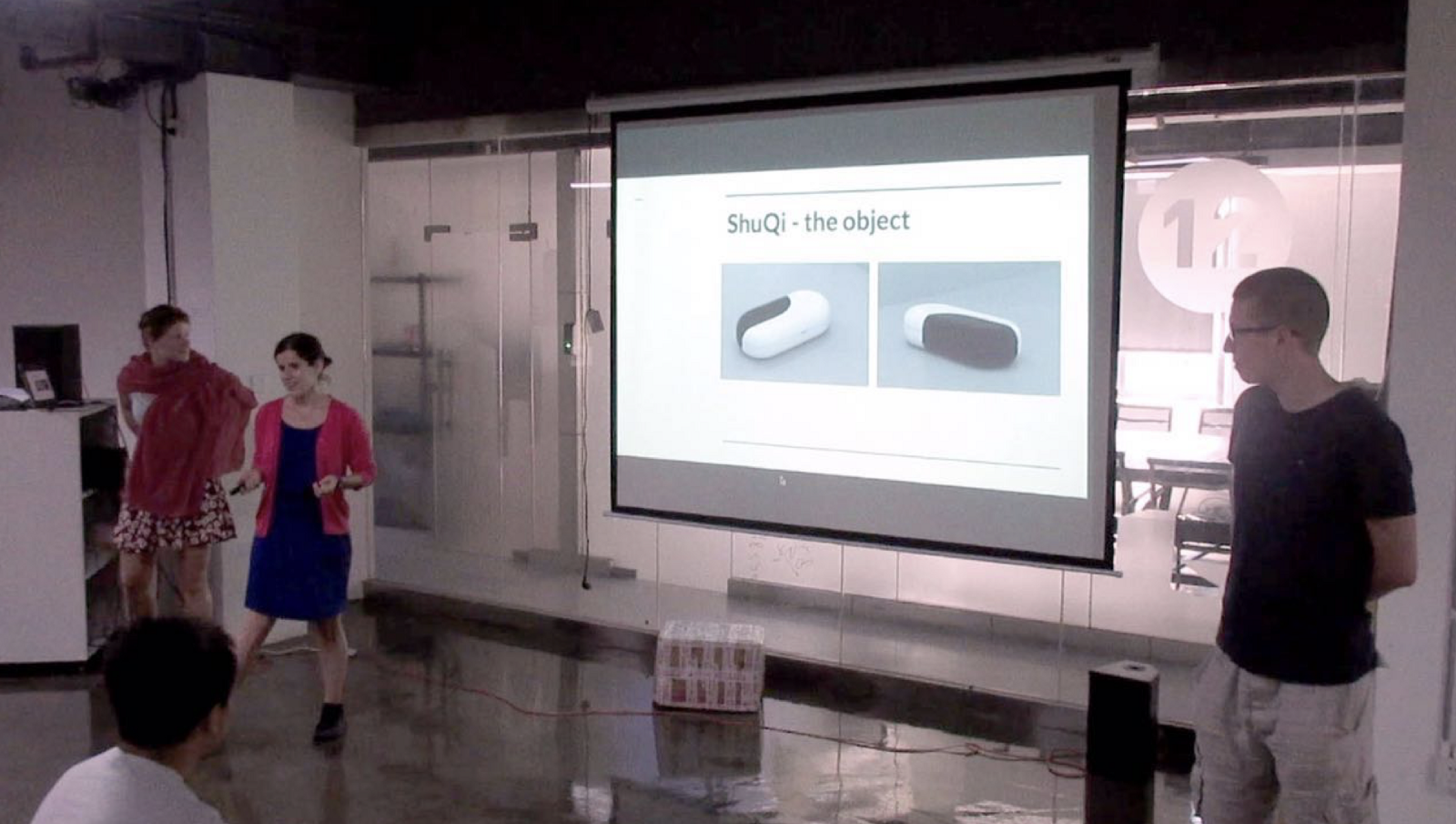 The first pitch (after the one only for CHIC) was at Makerbay. The most formal one was at the Sino-Swiss Industrial Parc, the most dynamic at HAX, and we got the most questions at x.factory. And the most relaxed was the last one, when we showed the (mostly) finished prototype to the other groups, knowing the work in Shenzhen was over.

Instead of some grand conclusion which I don’t have, I will close this post and the whole series by saying thank you everyone who took part in the project.

To Gordan Savičić and Camille Scherrer and the supervisors of the others for the opportunity, their help and feedback during and between milestone presentations and for the last sprint in Shenzhen. To Lysianne Léchot Hirt for making the organising appear smooth and carving out space for CHIC next to other HEAD projects.

To EPFL, especially Marc, Pablo, Bérénice and Damien for realizing this project and minimizing the organisational chaos that we would inevitably encounter in China. To Elle and Violet, our local contacts at x.factory and Seeed who made navigating in the makerspaces and in the city so much easier. And even though we only met the EPFL teams for a very brief time, it was nice to see them too.

To Team Fribourg and Team Ticino, because the more the merrier, and for all the ‘us too!’ moments when we were blocked by this or that.

Even though we were a randomly assembled group thrown together in stressful situations (like the ideation and not finding each other at various malls in Shenzhen), we stuck it out until the end and had fun while also meeting the goals. And especially to Tabea whose energy level will never cease to amaze me or motivate us to keep up the good work. And also for feeding us on both continents. 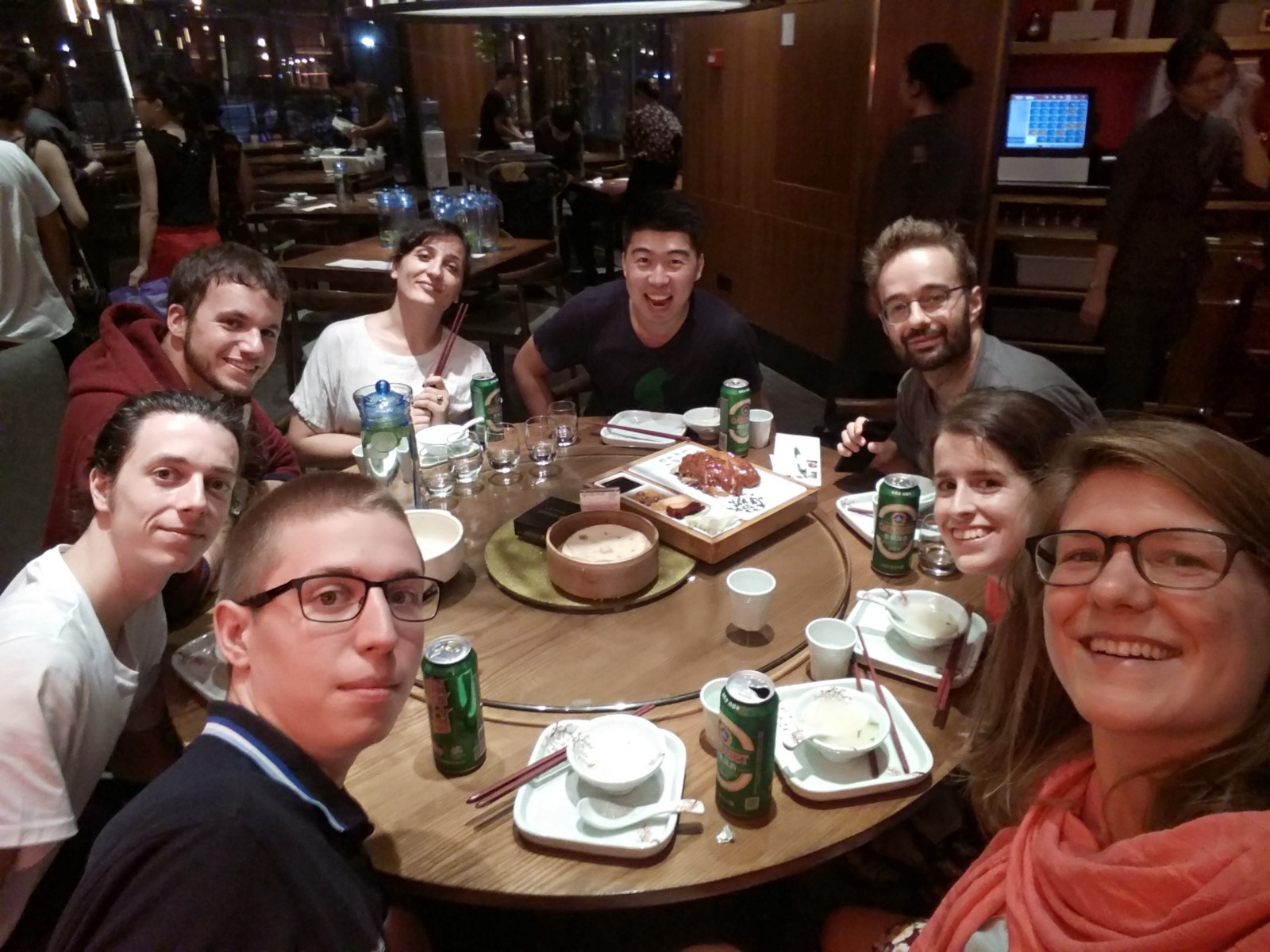 Good luck to all of us for graduation now or next year!