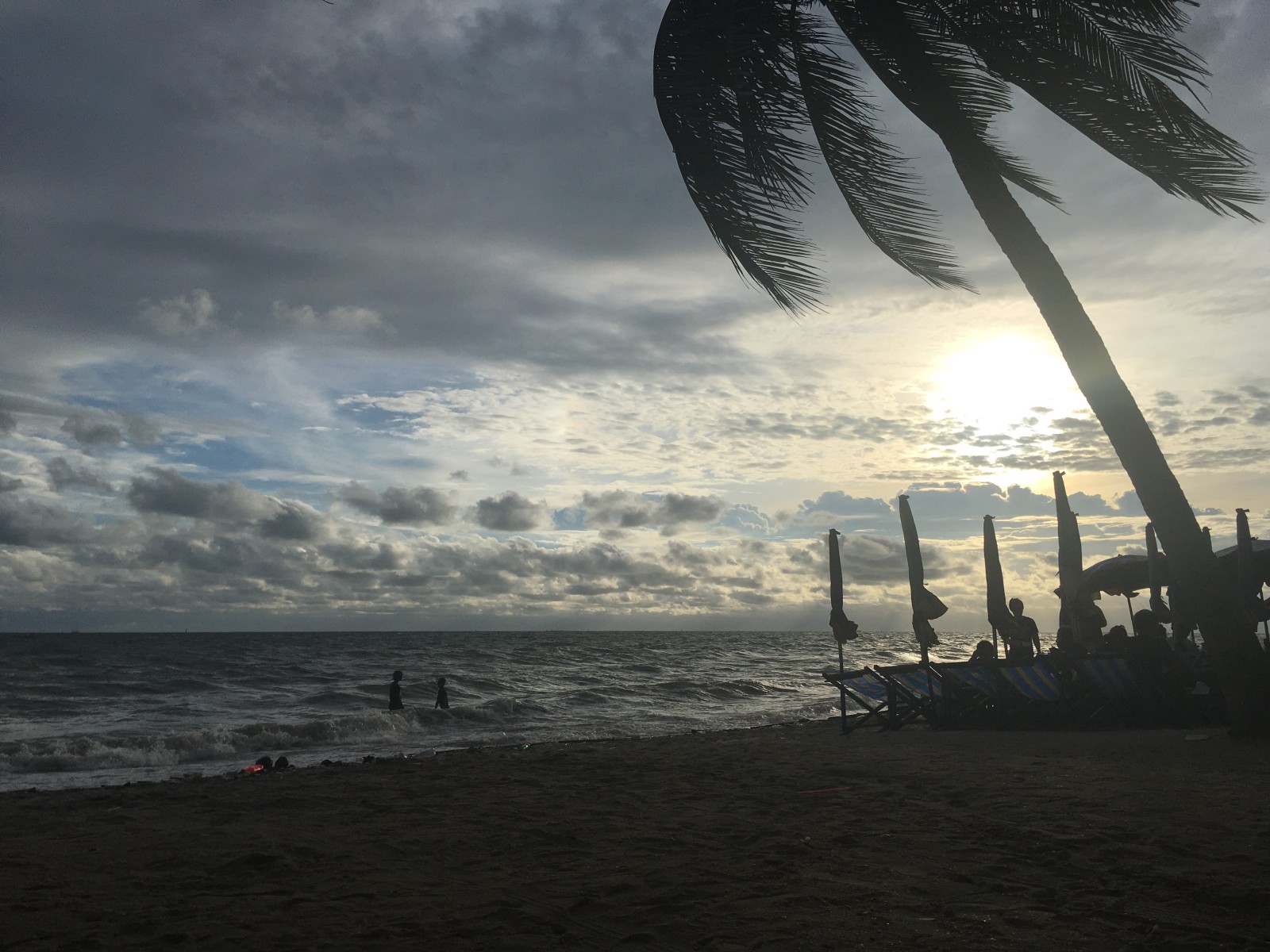 On leaving Bangkok, we finally managed to catch a real public bus to the minivan for Bang Saen, where stopping the bus is just extra precaution for getting on and off, but not necessary. After correcting the tiny hiccup that the minivans leave from a different place than advised, we slept very well on the way.

Bang Saen is the closest beach to Bangkok, easy distance by car, the Balaton of Budapest. Which meant we were practically the only whites around among wealthier locals and the students of a fairly good university. 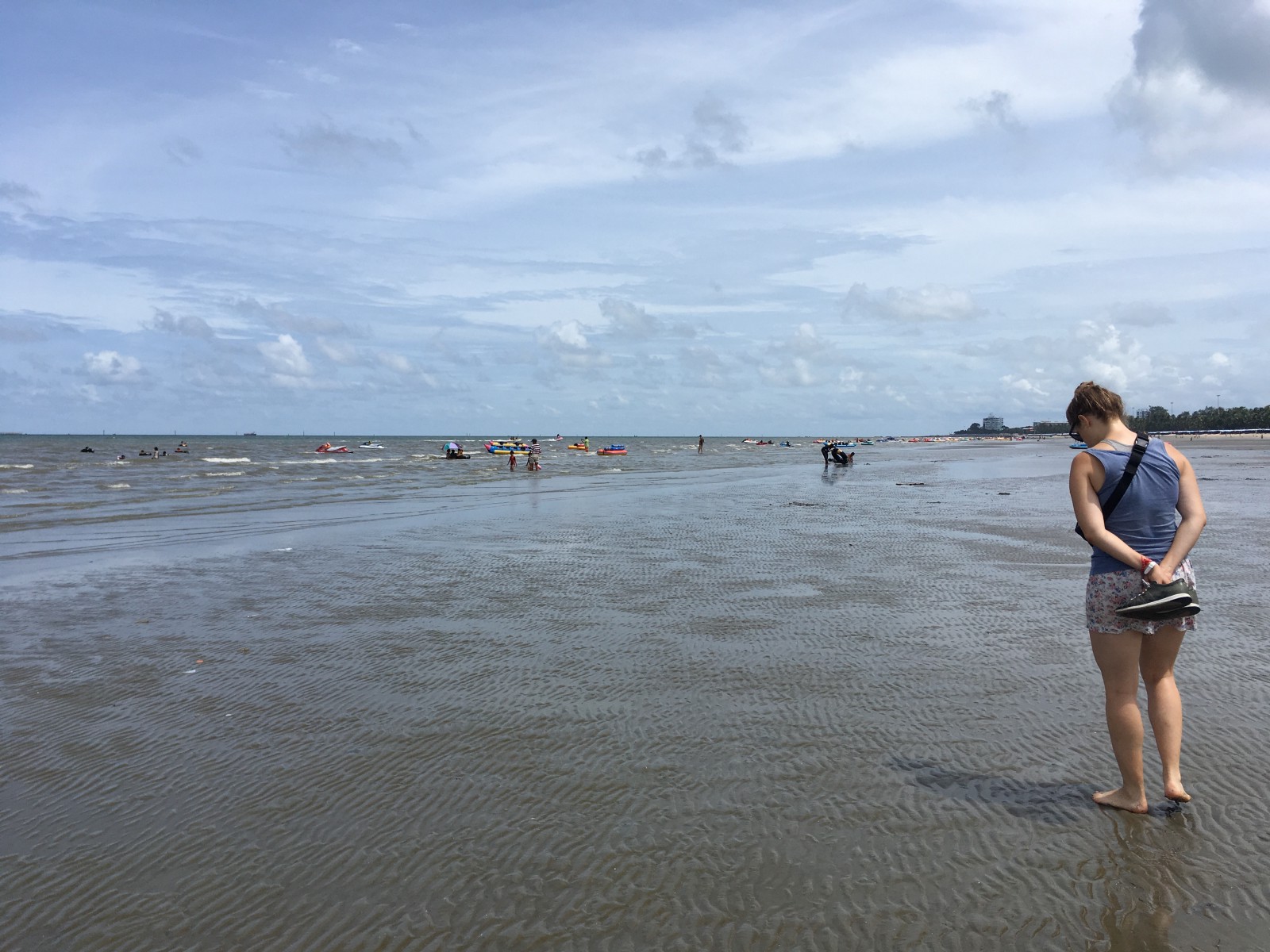 The beach and the sea has the magic ability to shut up critical thinking and more generally the mind. And if I see water I have to go in anyway. The first day was not ideal — high tide, strong wind — but the second was beautiful. 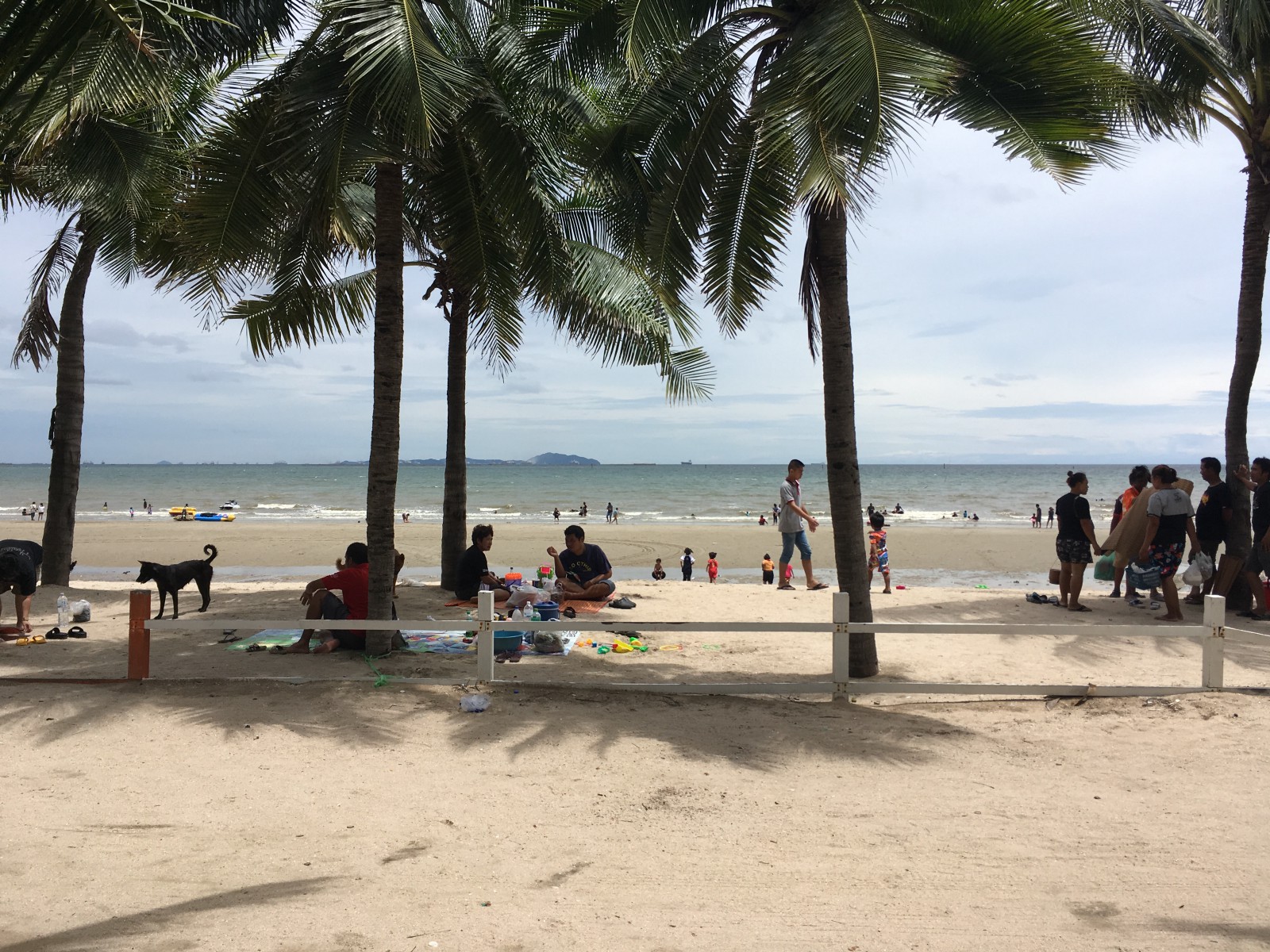 For some reason, everyone goes in wearing sports clothes, no one wears a swimming suit. 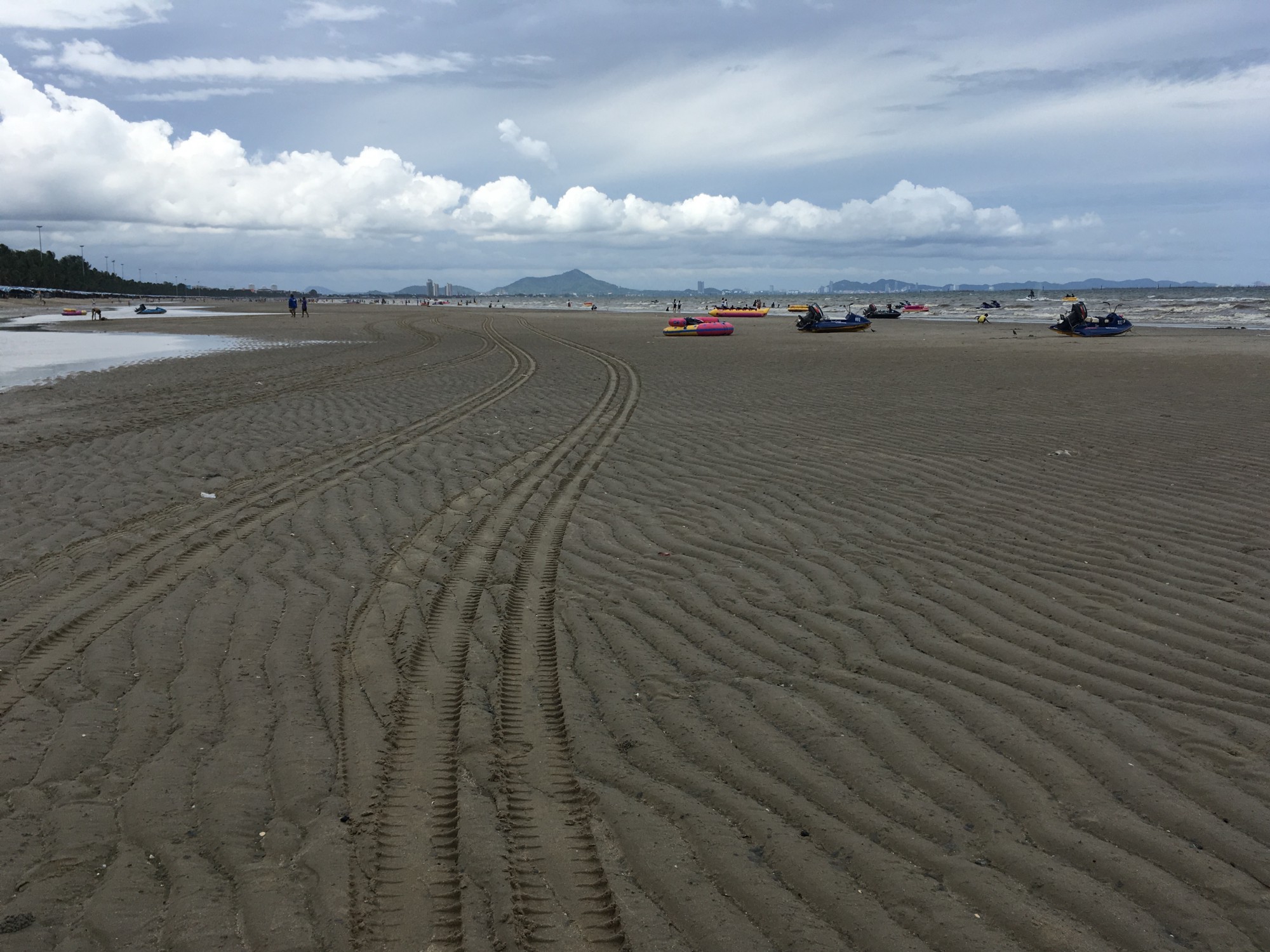 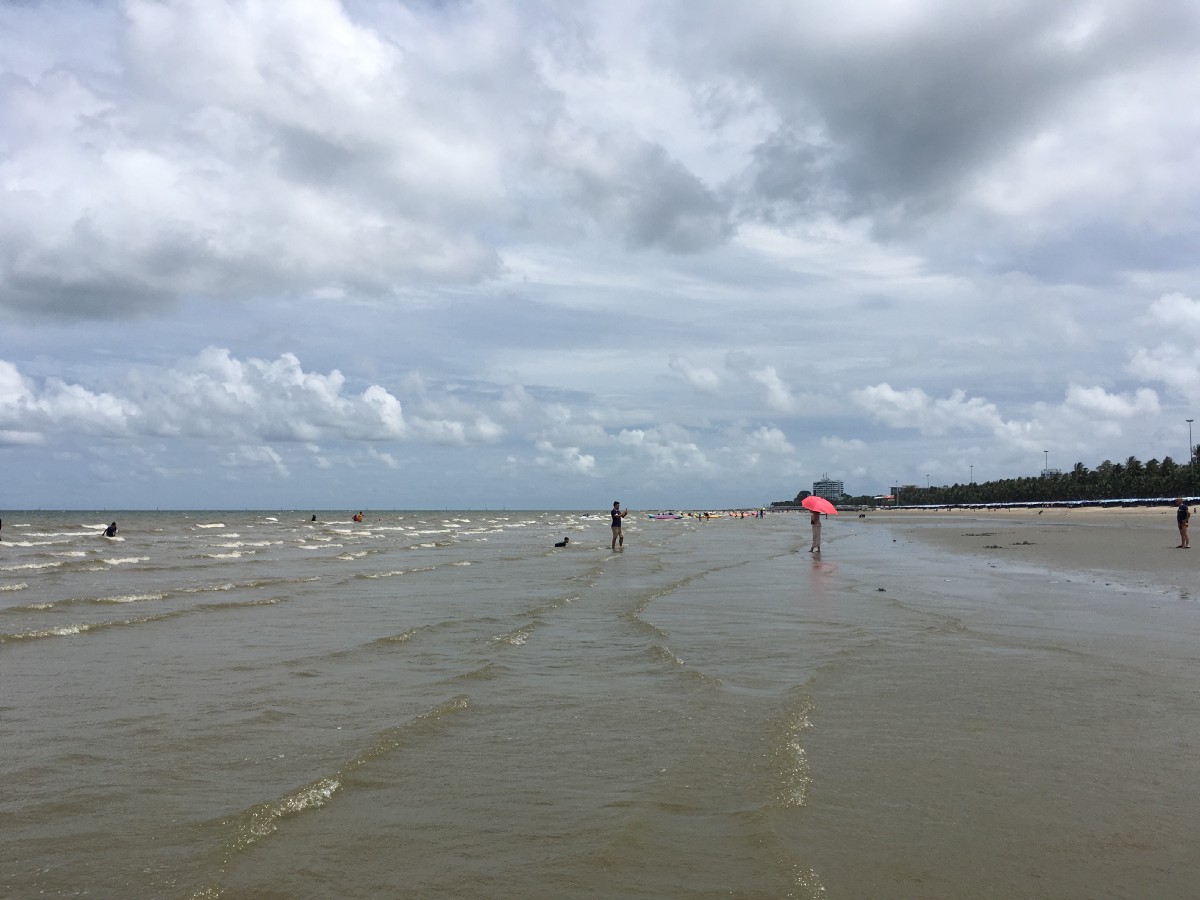 We also went (after our regular local-style dinner) to a local hip place, where we picked a drink by pointing at the menu randomly, and quickly discovered that organic here is not a trend yet. Matcha tea is not green tea! And what we normally consider breakfast food, like jam on toast, that’s fancy-fun food. 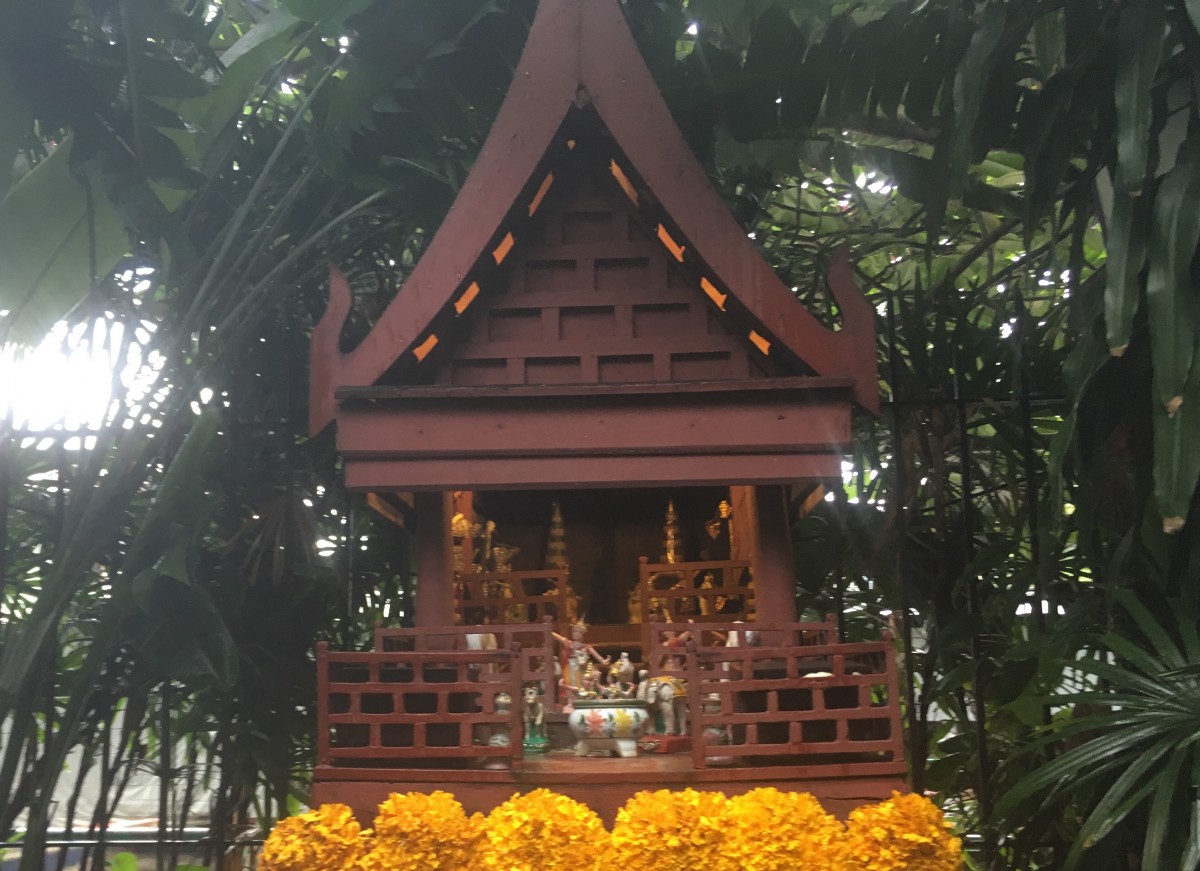 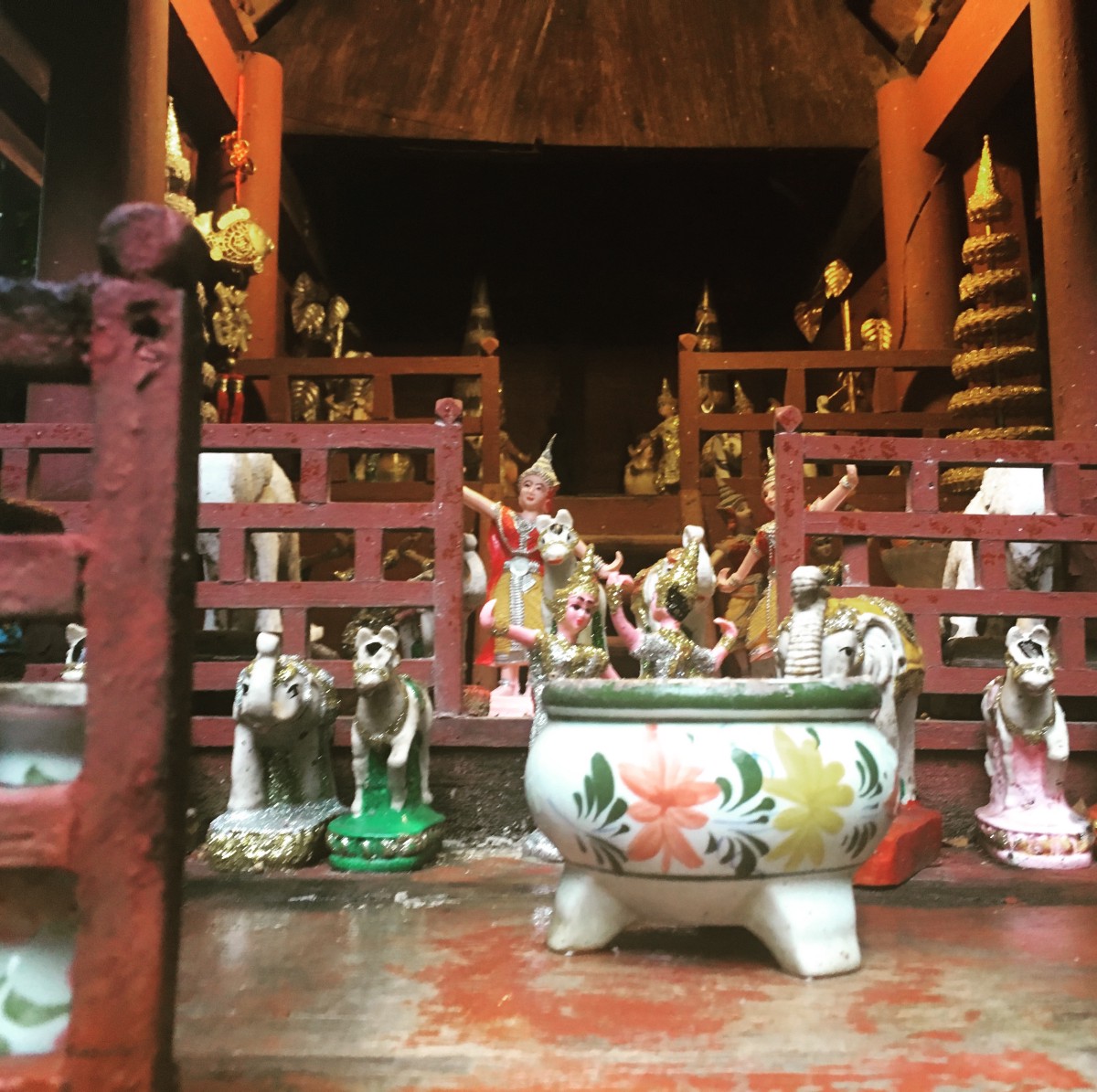 I love the spirit houses that are next to most regular buildings and look like doll houses. They provide home to the spirit in the ground that was disturbed by the construction and needs a new home. The family also has to feed the spirit. Some even have LED lights — they use that also in temples though, e.g. to highlight the donation box. Here LED is holy enough. 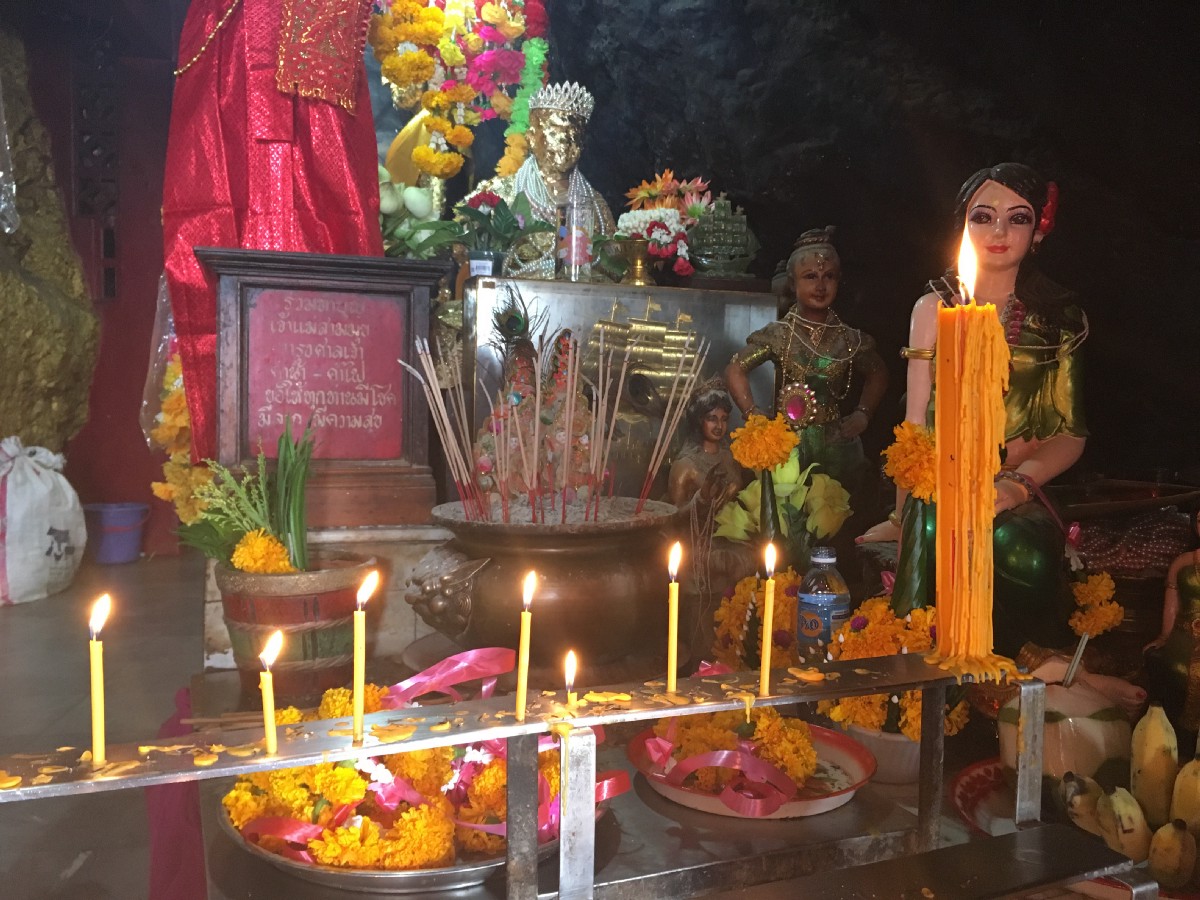 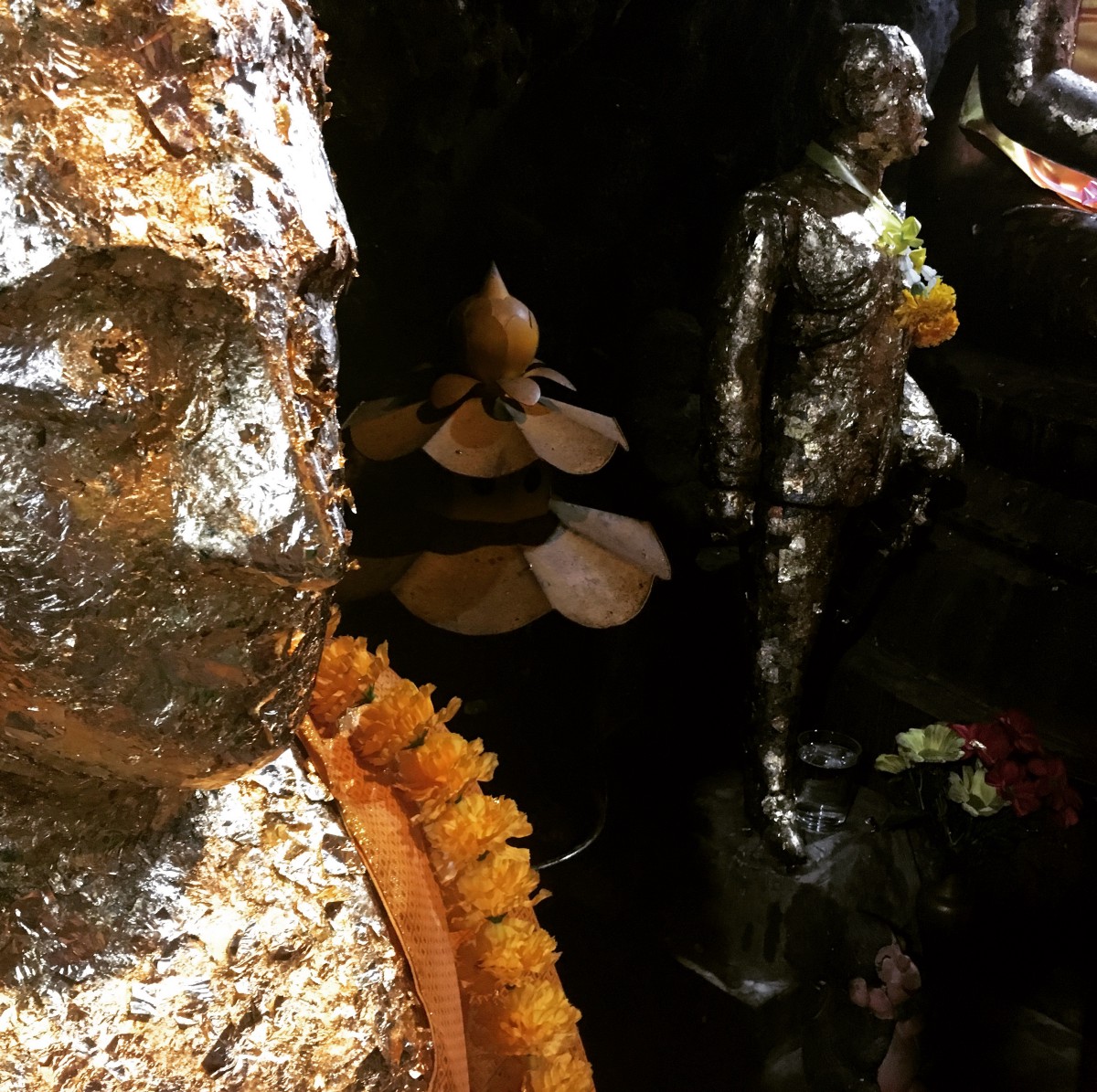 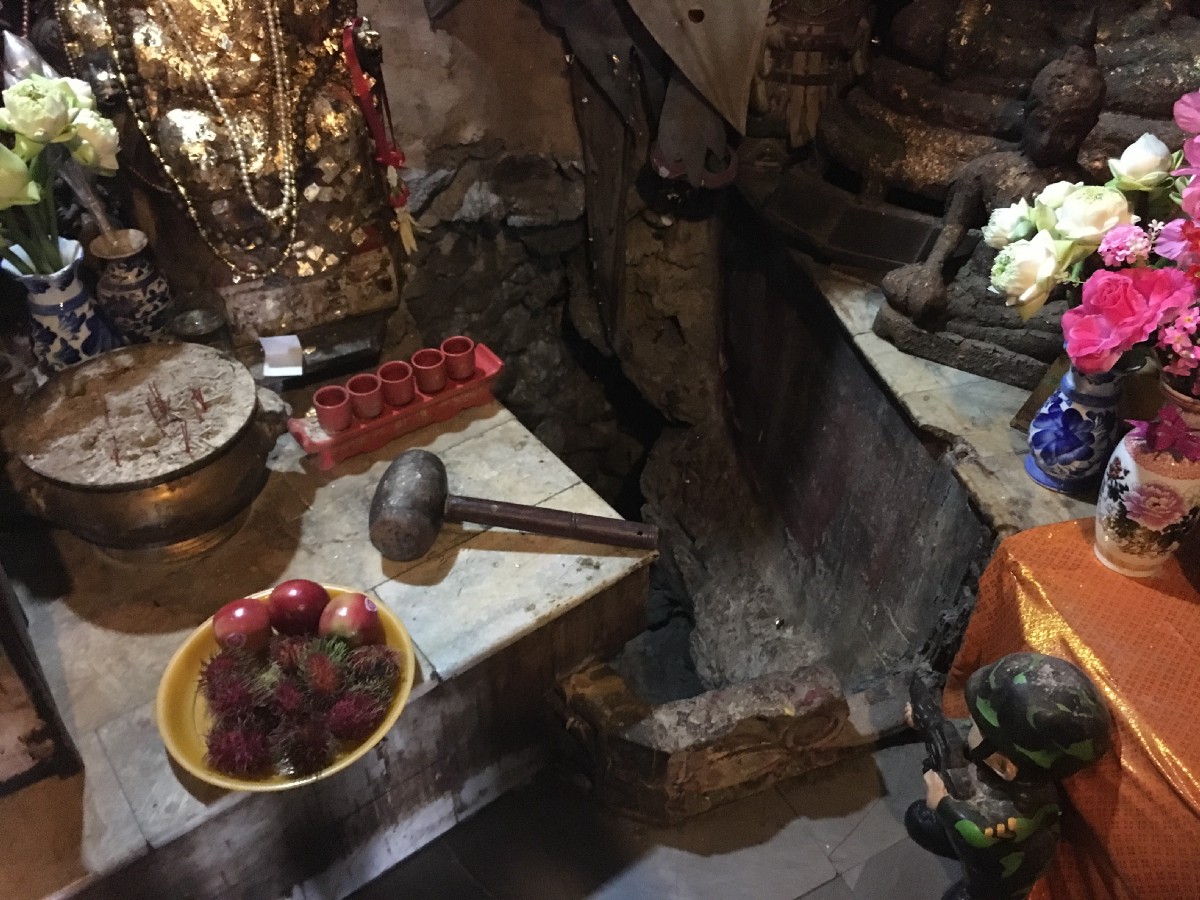 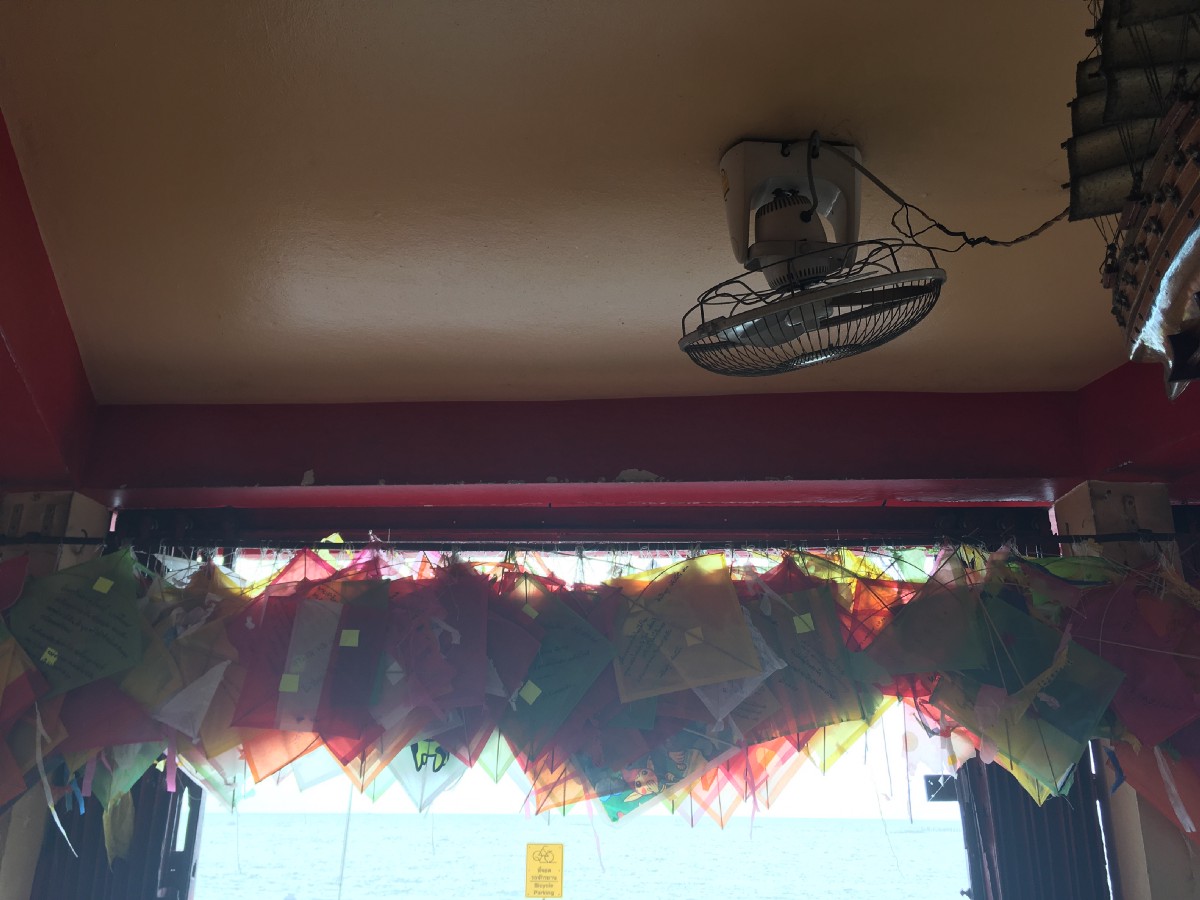 The money can be spent here in many ways: on oil, flowers, candles, or just throwing it down the hole. And buying clothes.

On day 2, we went to see the only monument around, a temple that had something to do with monkeys (Khao Sam Muk) but also functioned as a clothing store. It was not entirely clear, though many people came there to pray. The living monkeys (and I assume the statues too) were used to humans and were rather assertive in getting food from us, they were only scared of locals with slingshots. 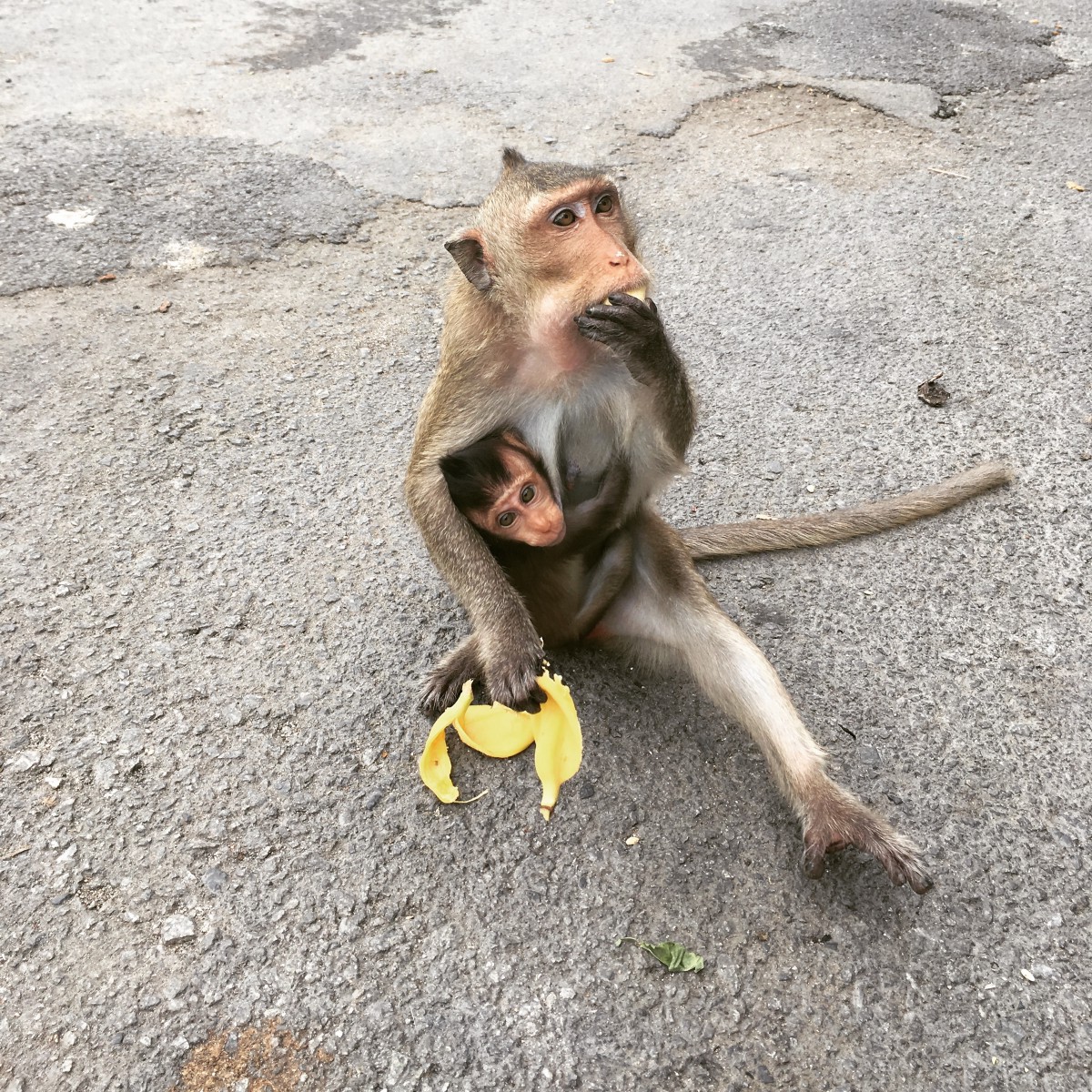 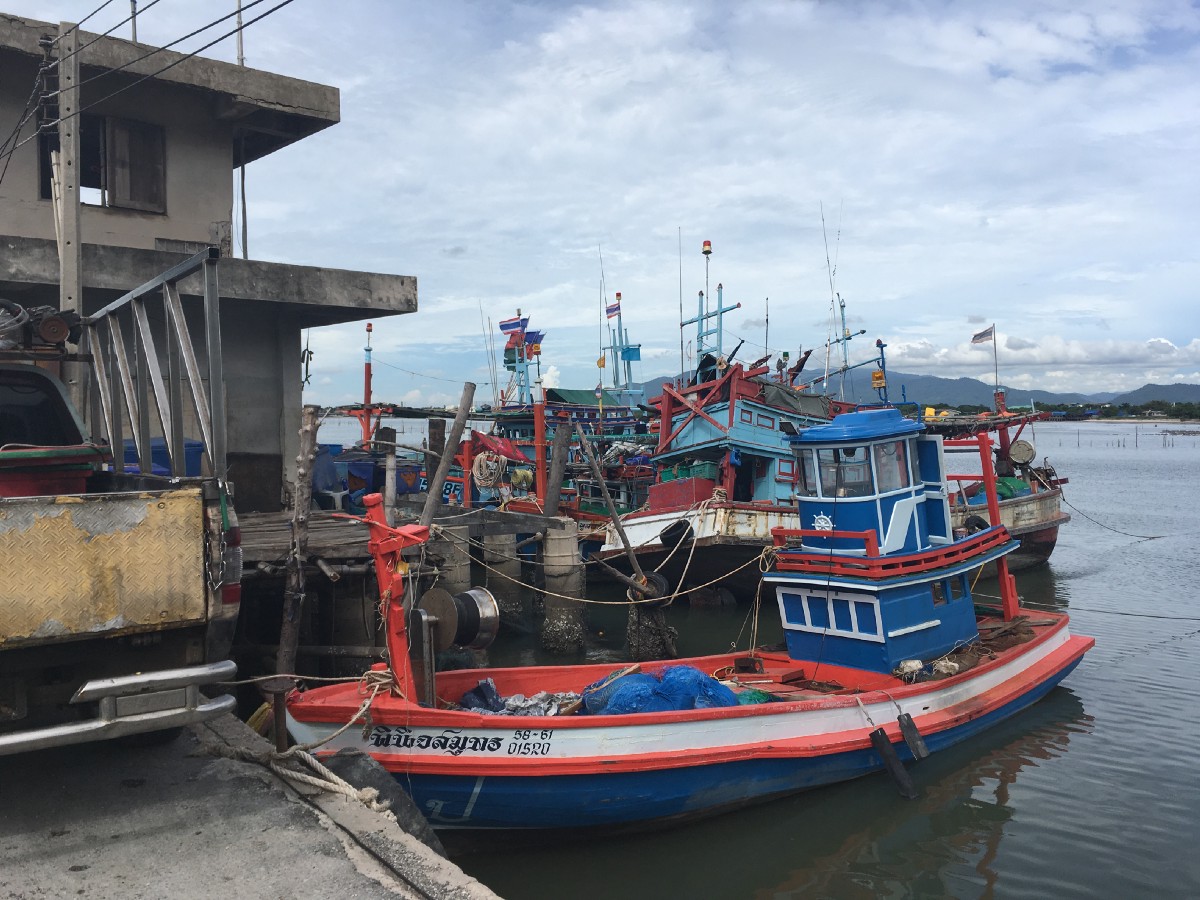 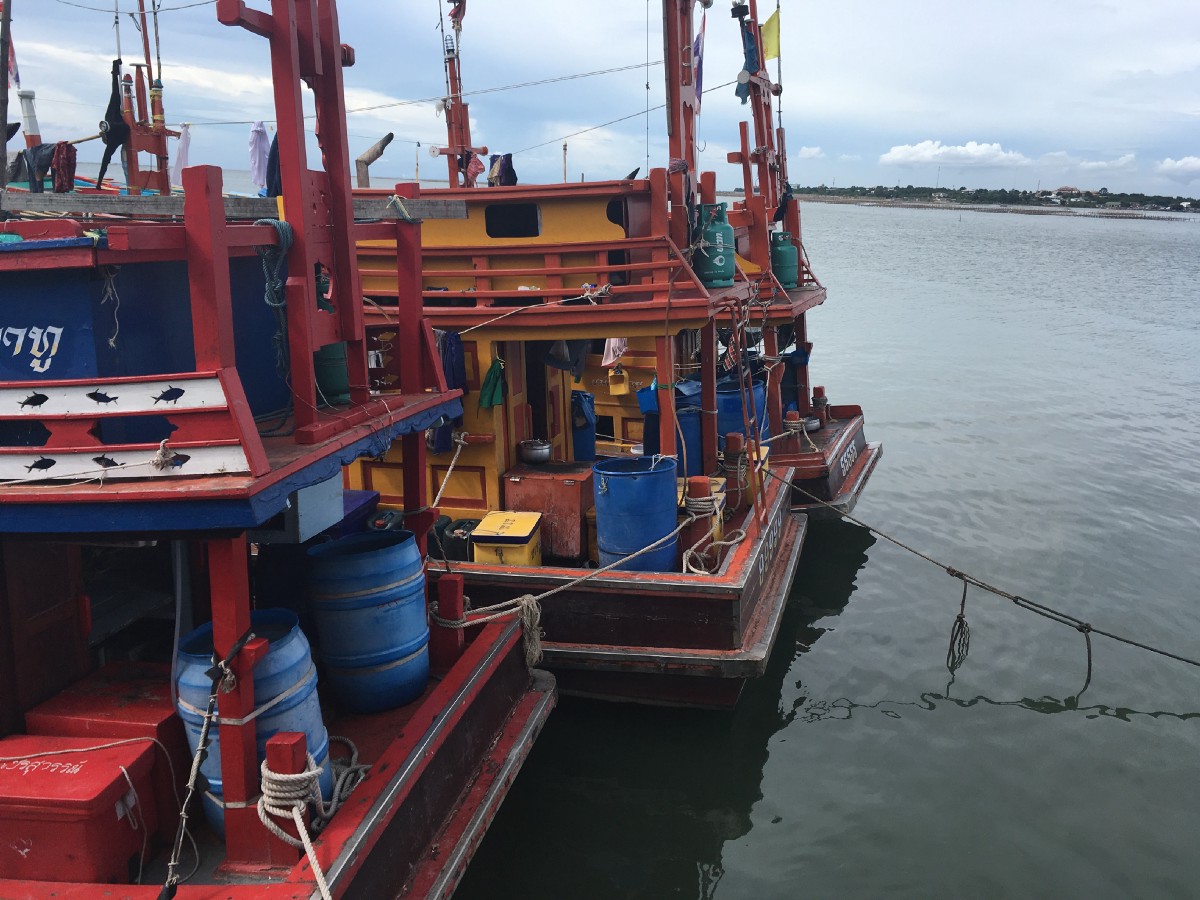 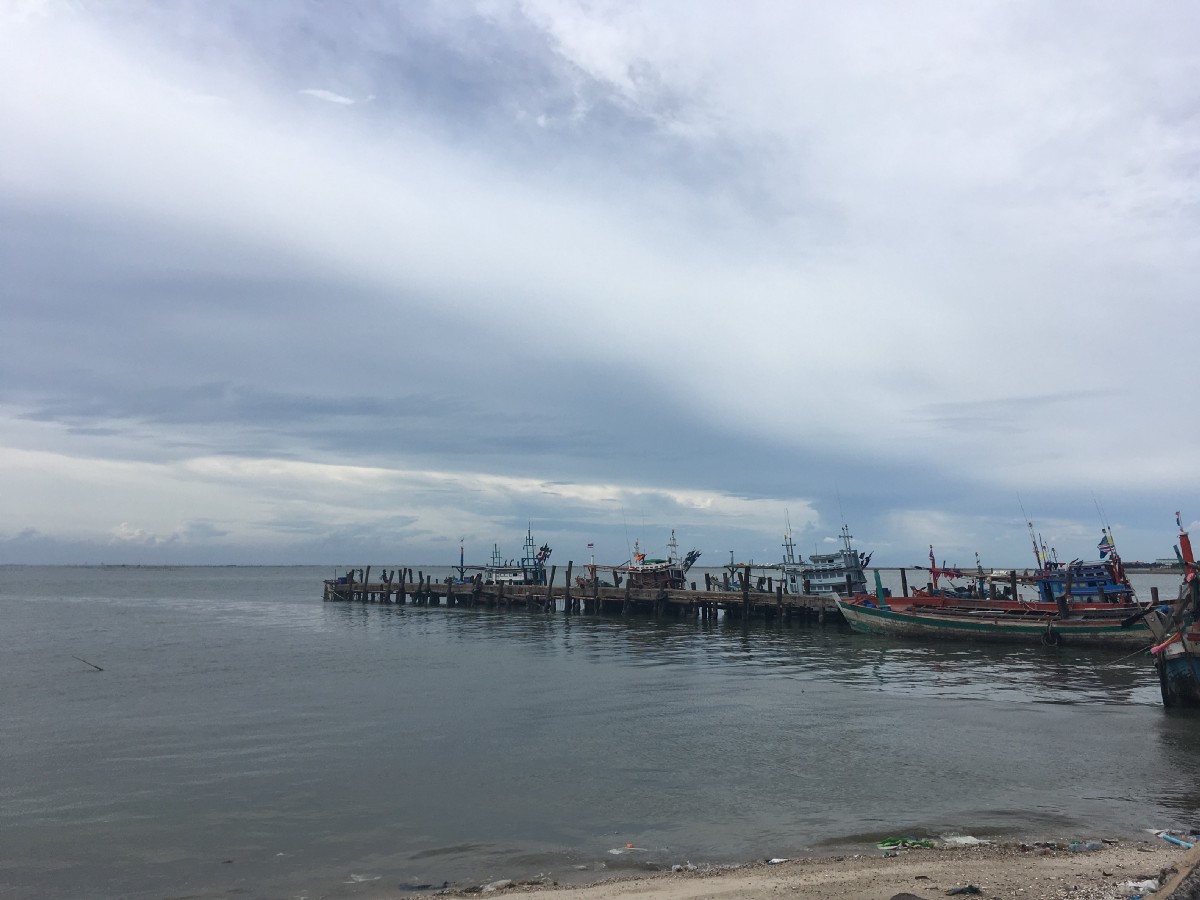 We also found the pier where our last consumed fish probably died. It looked beautiful, if slightly dissolving.

And then we were humming our way through rice fields and forests to Chiang Mai. The train was in no hurry to get there, so we could really see everything where we pass, like the different, non-European shapes of leaves and all the green with some yellow and brown dots. 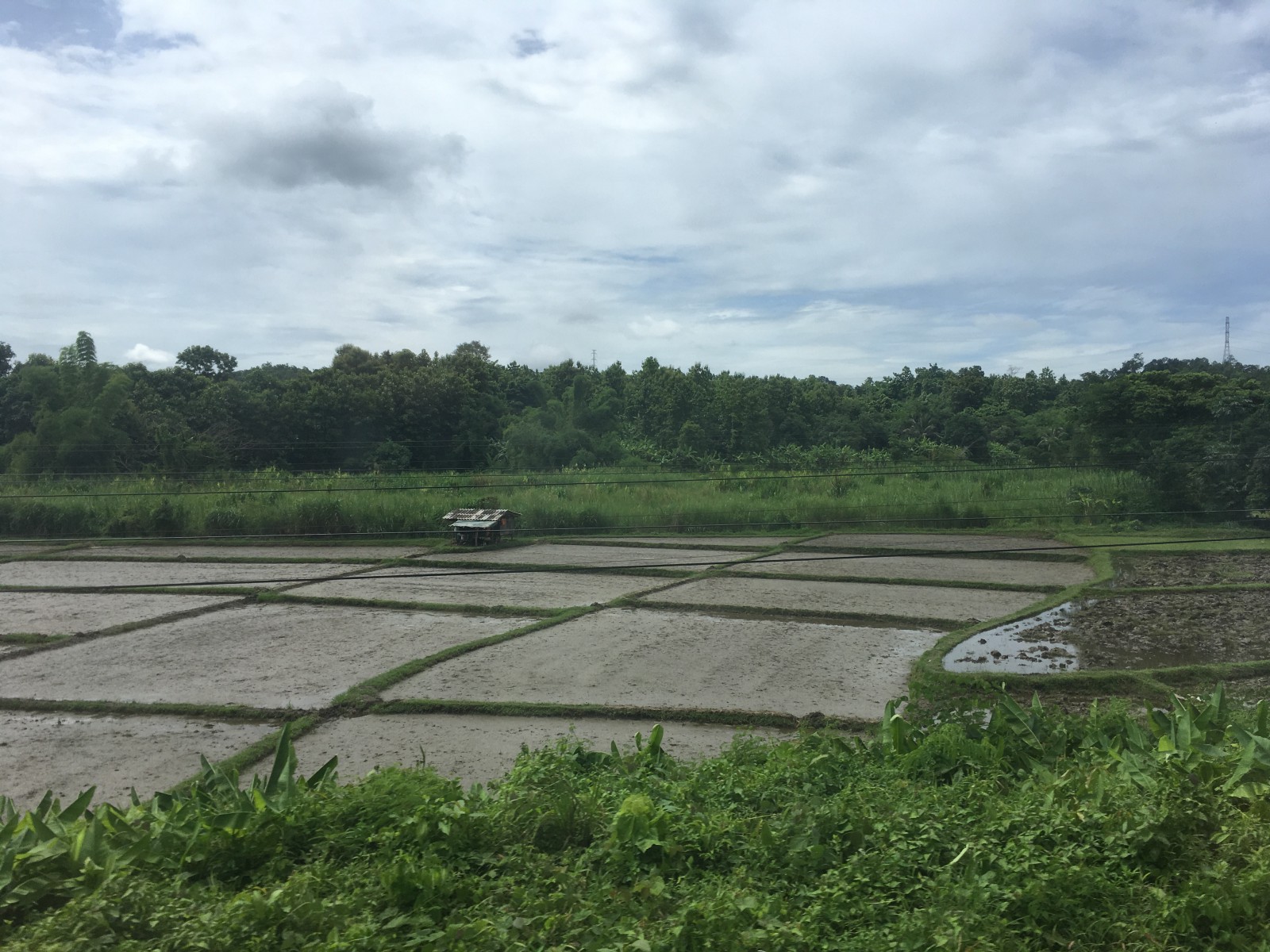 In memory of all the mangos we eat and drink, especially there, here is a song for those who follow us.